Foundry are pleased to announce that as the main sponsors of Mundos Digitales, we’re joining forces with our local resellers Trigital to bring you three awesome presentations!

Take a look below for all the details... 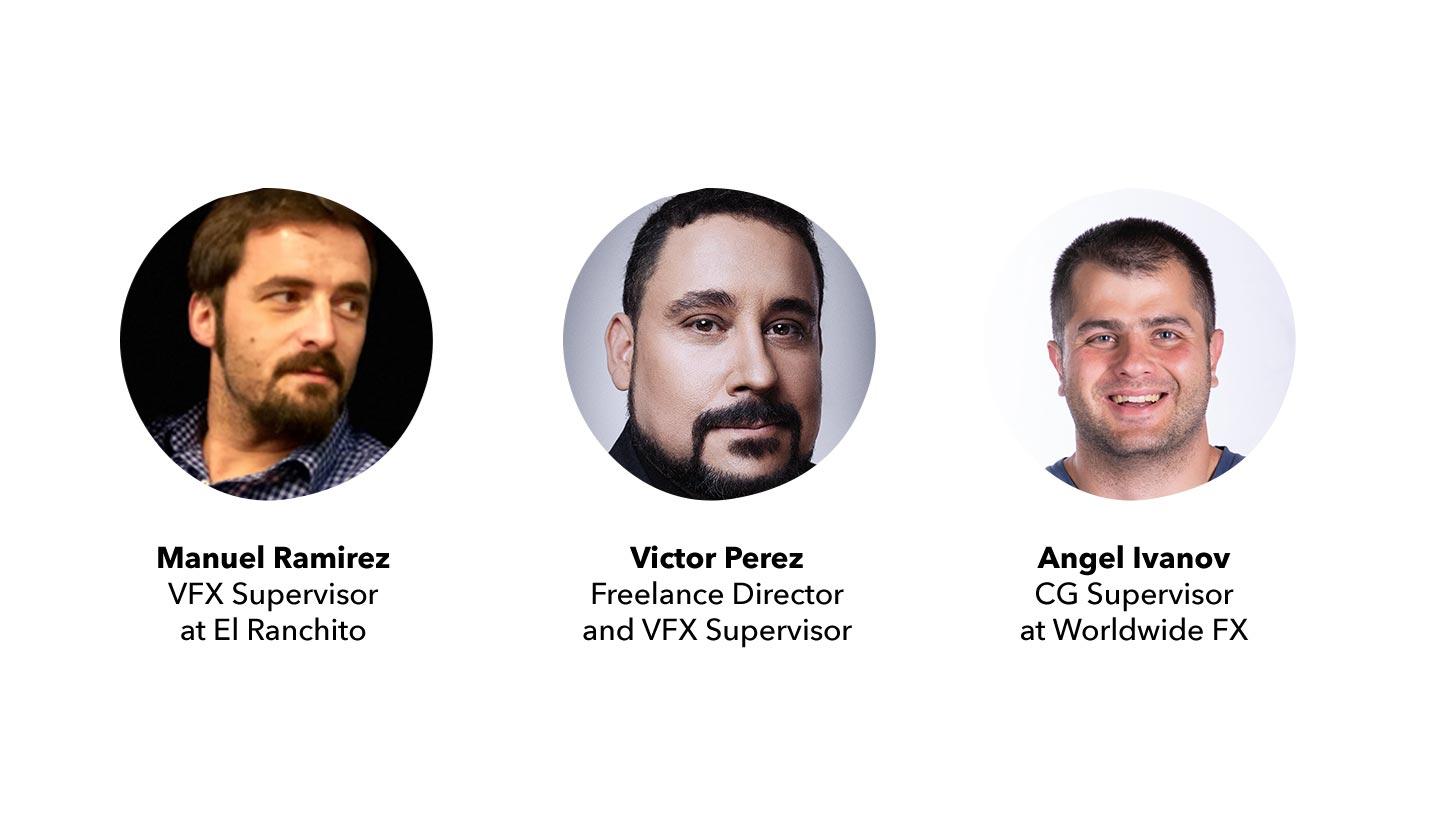 Behind the scenes of The Hitman’s Bodyguard

Angel Ivanov, CG supervisor at Worldwide FX, will be showing breakdowns of key scenes and sequences from 2017’s action comedy The Hitman’s Bodyguard , with a strong focus on how the lookdev and lighting team achieved the aesthetics of the film.(Presented in English)

Angel Ivanov, CG Supervisor at Worldwide FX
Angel Ivanov has been a CG Supervisor at Worldwide FX for two years. Before that, he led the lighting and lookdev department and also worked in RND/Pipeline dev. With over 12 years of experience in VFX, and with hobbies in visual arts, such as photography, drawing and painting, Angel is known for his ability to express his creative ideas effortlessly using technical tools such as Katana.

FX at El Ranchito: Day by day from the trenches

In recent years and due to an increase in the number of projects, El Ranchito has grown and has had to adapt to a new production model . We have gone from a small company with teams of a few people to having to coordinate, in different simultaneous projects, departments with dozens of members.

In this talk we want to tell you how this transition is being, with special emphasis on the FX department and its relationship with the rest of the company.

We will show how in the FX team we adapt to the different types of projects (cinema, series, advertising ...) and how we adjust the tools and resources according to the needs of each production. We will see it with practical cases of some of the last productions in which we have worked.

Computer engineer from the Polytechnic University of Madrid, Manuel is currently FX Supervisor at El Ranchito, where he is in charge of finding efficient ways to work in the development of FX assets and workflows, review the shots and manage the needs of the daily work of the FX department and ensure that deadlines are met by identifying and communicating risks and challenges that may occur to production teams and other supervisors.

Previously Manuel has been a partner and VFX Supervisor in Oddmood , Project Manager in Zed or VFX Operator in Next Limit Technologies . Throughout his professional career he has worked on projects awarded for his visual effects such as The Unknown , The Last Days , Sleepy Hollow , Game of Thrones or A monster comes to see me.

Skill Up to Senior Level Artistry by the hand of senior artist Victor Perez, who will share with you his experience and how he created a system to study light and synthesise it into Nuke nodes. A methodology of observation sourcing your compositing skills in the knowledge of Nuke nodes core operations. How a single new node can trigger your ability to observe and reproduce what you see, talking Nuke’s “language”. Victor will talk about a few techniques and nodes that changed his way to comp.

*This presentation will be recorded

Victor Perez is a senior visual effects artist with over 20 years of production experience in computer graphics and visual effects along different countries. He has worked and researched with Oscar® winner studios such as Double Negative, Cinesite and Union between others. His researches in the VFX field have been published with Fxphd and Cmivfx and acclaimed by the audiences worldwide, Victor has taught master classes at studios and schools around the world including Pixar Animation Studios. His film credits include ‘The Dark Knight Rises’ (Dir. Christopher Nolan, 2012), ‘Rouge One: A Star Wars Story’ (Dir. Gareth Edwards, 2016), ‘Harry Potter and The Deathly Hallows’ (Dir. David Yates, 2010), ‘Pirates of the Caribbean: On Stranger Tides’ (Dir. Rob Marshall, 2011), ‘127 Hours’ (Dir. Danny Boyle, 2010), and many others.