Take a project from start to completion while exploring how Modo's updated UI and tools provide a seamless workflow progression in this tutorial. The project workflow covers sculpting, modeling, painting, rigging and animating a rockfish, with a focus on demonstrate how Modo's toolset and UI allow for a seamless progression through different key tasks in the process. 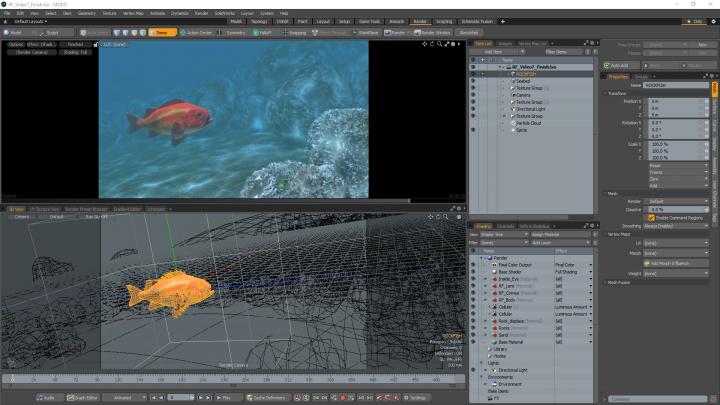 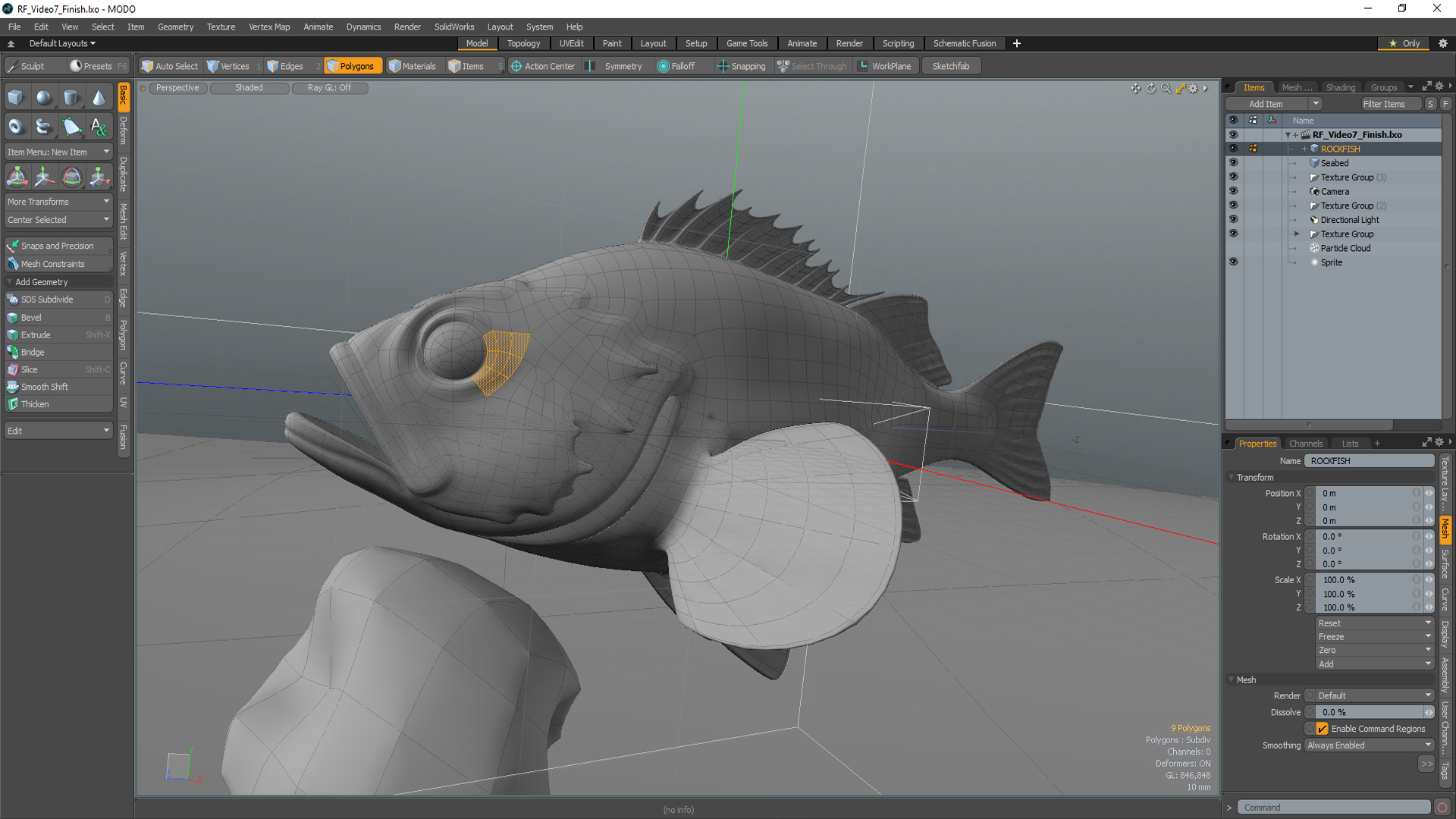 What's in the tutorials

Creating a Base Mesh

The project kicks off with editing a base mesh to create a starting point for the Rockfish model, before using Modo's multi-resolution meshes and sculpting tools to sculpt the details of the fish.

Building further on the base mesh, this video looks at prepping it for easy texturing and animation using Modo's powerful retopology toolsets.

In video three, we complete geometric modeling using Modo's polygon modeling toolset to add subtle details to the model and build the eyes and fins.

Using Modo's beautifully integrated UV toolset, we create the UVs necessary to not only create the displacement and transparency, but also UVs that can be used in other elements of the texturing process.

In this video, we use Modo's replicators to build and bake a brush for painting the fish scales. We then use that image to modulate the application of layers of color, which we'll eventually bake into a final color map.

Rigging and Animating the Fish

With the model complete, we can now make it move. In this video, we use a wide variety of Modo rigging tools to rig the fish for animation. We use a combination of joints, transform deformers, falloffs, morphs and relationships to get the fish to swim believably.

Our final video covers building, texturing and animating a simple underwater environment for our fish to swim in, before we finish the project by looking at how we can set the scene up to output useful passes to a compositing application like Nuke.