Katana 5.0 released with a focus on artist collaboration and interoperability 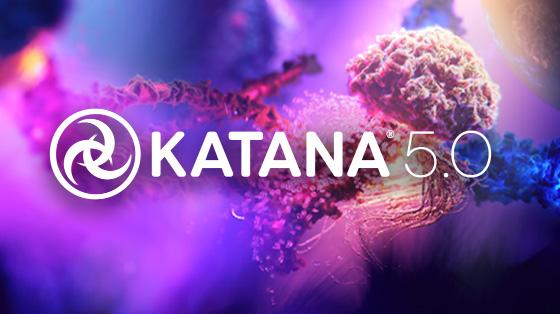 Katana 5.0 connects Nuke and Katana, allowing look development and lighting artists to stream their live renders to a running version of Nuke to view their work in the context of the final comp in near-real-time. Any changes made in Katana automatically update in Nuke for a more holistic view of the creative process.

Building on Katana 4.0’s Foresight, Foresight+ allows artists to work on as many shots as they like from one template whilst live rendering. This way, artists can see every change that influences all their shots in a sequence, live, inside Katana, without waiting for tomorrow’s dailies. This raises the quality of all shots simultaneously and avoids any surprises.

The USD workflow improvements in Katana 5.0 allow artists to import and export lighting information from Katana, encouraging cross-team collaboration. Each artist can more easily understand the final lighting design and choices, and departments can work speedily by iterating in parallel to get to the final image sooner.

Katana 5.0 brings fundamental improvements to Foundry’s Network Material workflows. New support for Material Macros and User Parameters on Shading Groups encourages artists to reuse areas of their shaders between node graphs, projects and even other users. This streamlines the look development process from Material creation to fully customizable and reusable shader networks.

As one of the first applications to deliver a Hydra-based viewport, Katana 5.0 officially supports render delegates from our render partners, shipping with an exciting new render delegate “AVP” (advanced viewport)  based on internal Foundry technology. With this release, artists can choose their viewer quality, whether it’s a GL-based preview approximation or a path-traced final look.

“With this release, our focus was on improving the look development and lighting artists’ experience. Because artists’ workflows are changing and most now work in a non-linear way, we’ve adapted Katana’s features to address changes before the end of a pipeline, where they traditionally used to take place. New features like USD workflows, Hydra and Foundry’s own render delegates and Nuke <> Katana interop enable artists to preview their assets as early as the layout or animation stages and allow them to see the work in context before validating it. With Foresight+ simultaneous live rendering power, artists also gain new powers by being able to iterate on entire sequences at the same time. We’re excited to build on these features in the upcoming releases, focusing on new ways to help artists scale their work.”

The full list of features for Katana 5.0 can be found here. To try or purchase Katana 5.0, contact sales@foundry.com.