The Modo for SOLIDWORKS kit is for design and engineering visualization professionals wanting to import SOLIDWORKS parts, bodies and assemblies into Modo. In Modo, you can select import the data by appearance, part, body or face and create new layers in Modo to apply materials to specific parts of your design. The SOLIDWORKS kit also provides user interface and navigation controls similar to SOLIDWORKS and PhotoView 360. 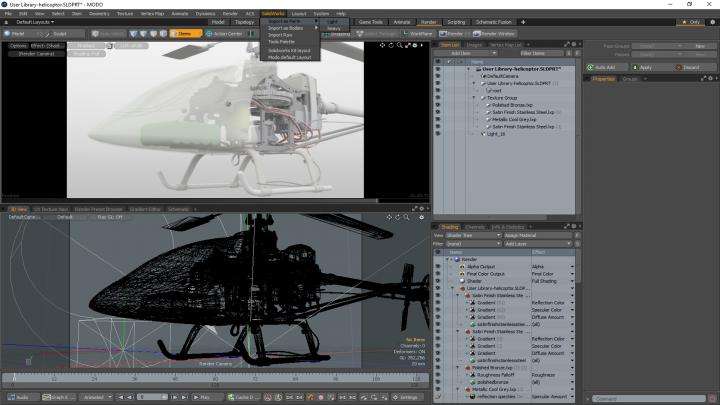 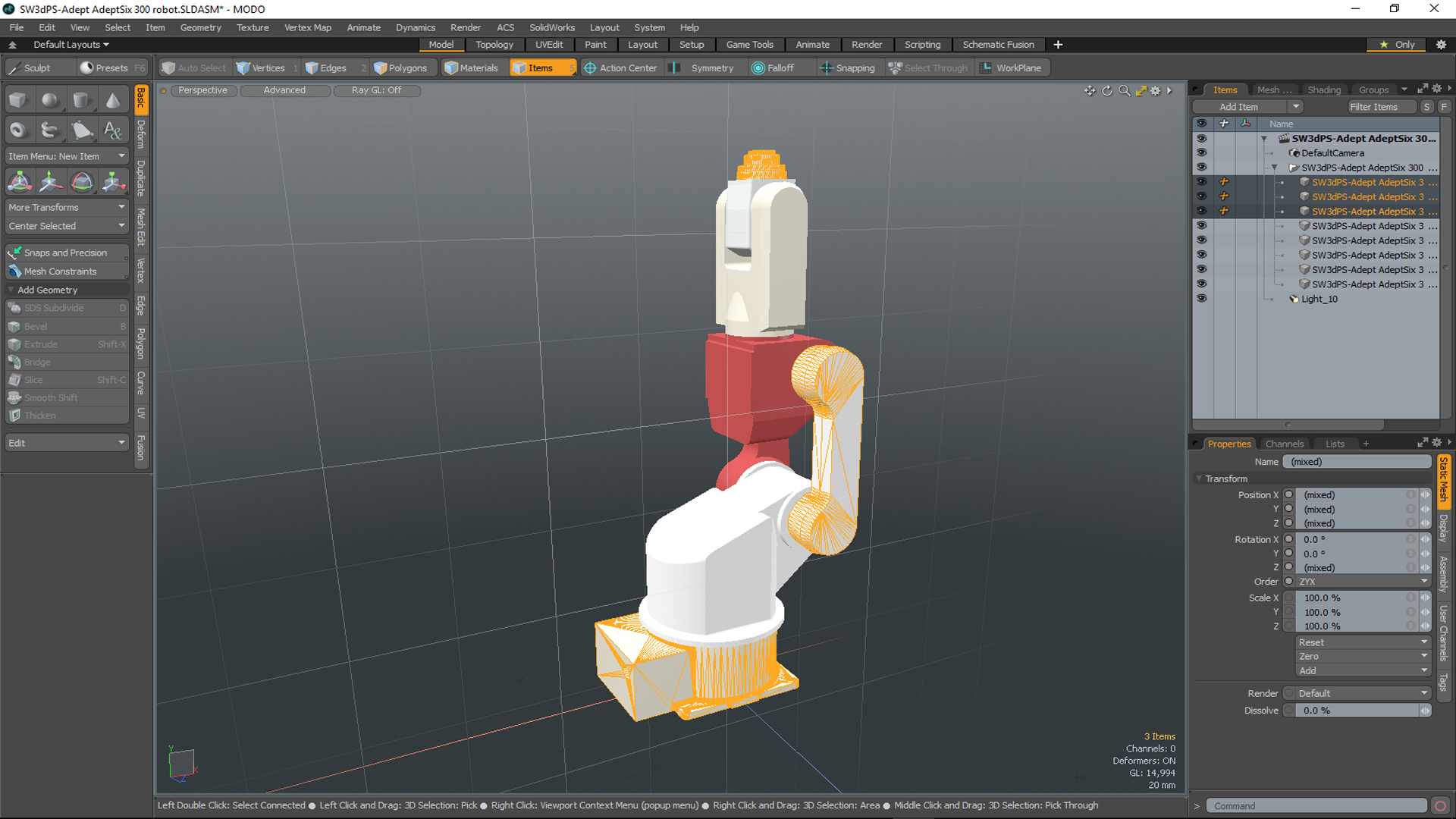 Read in material edits from your files saved in PhotoView 360 (2010); your model opens in Modo with the same appearance and decal information as shown in SOLIDWORKS.

With user interface and navigation similar to SOLIDWORKS and PhotoView 360, you can enjoy a comfortable and consistent set of controls to work with as you take advantage of the advanced capabilities of Modo.

Easily reorganize your model data to apply materials; you can select all polygons tagged with the same face, part, body or appearance and put them in a separate layer or make them into a new mesh.

Choose from the included libraries of materials and studio lighting environment presets and apply them with a simple drag-and-drop action.

Convert bodies and part to meshes or static meshes for further editing, animation or even dynamic simulation within Modo.

You do not need to have SOLIDWORKS available on your system or network to use the Modo for SOLIDWORKS kit. Processor: N/A