Want to create a realistic morph transition? We give an exclusive look at Nuke’s GridWarpTracker in action and how it creates an efficient morphing workflow.

Take a sneak peek at the ParticleBlinkScript Node! It enables a powerful way for artists to manipulate the particle system and pushes the boundaries of BlinkScript. 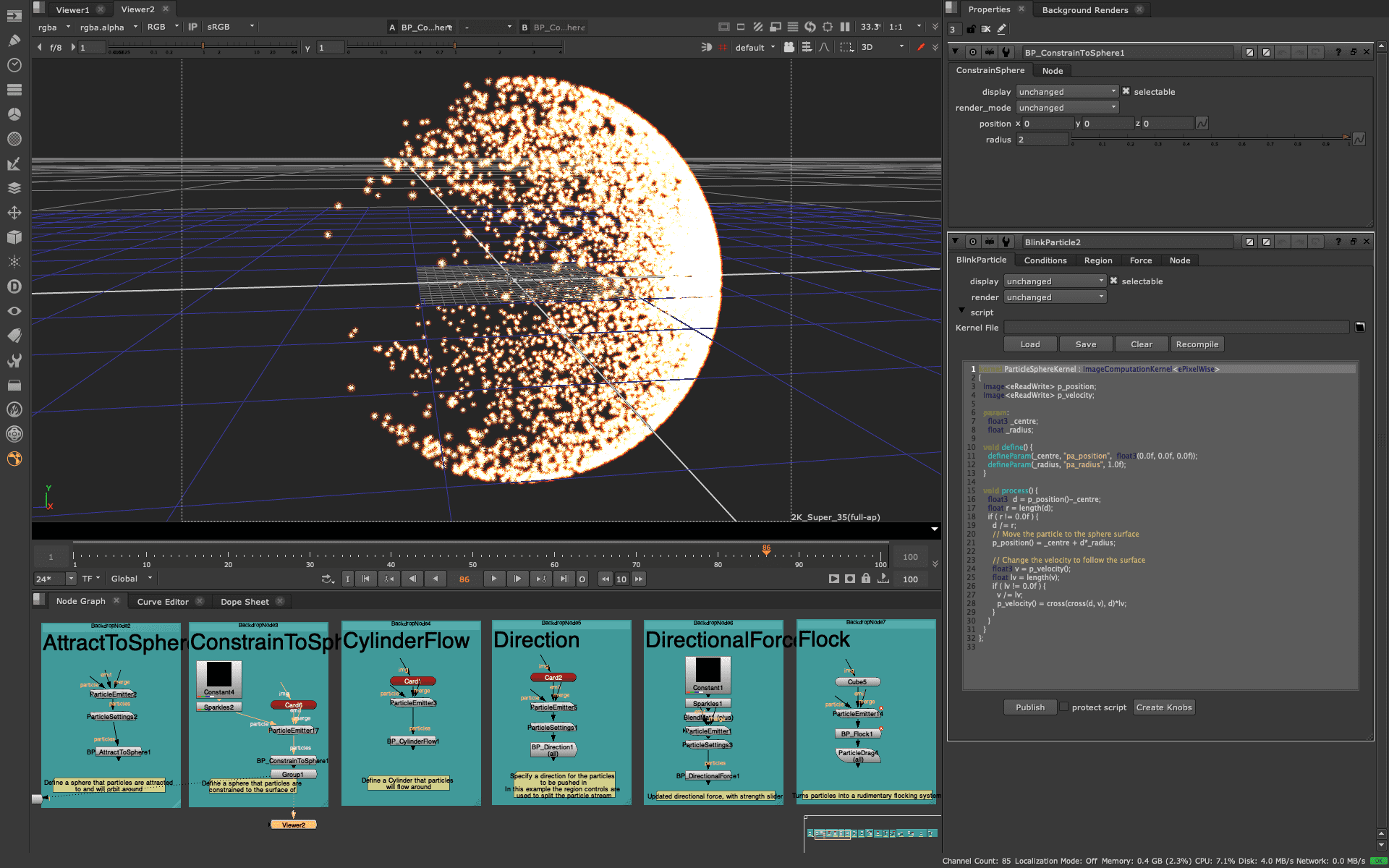 Particles in NukeX are an area that are increasingly used for creating quick particle setups for background elements or to help complement more complex hero effects and we often hear requests for more options and more intuitive controls when working with the particle system.

With that in mind we are developing a new ParticleBlinkScript node which is similar to the BlinkScript node, but instead of working on images, it works on a particle system.

This node is a ParticleOp which lets you write a Blink kernel to modify the particles, allowing all sorts of custom behaviour that can’t be achieved with Nuke’s built in particle nodes and give users greater control to make exactly what they envision.

This node will be released with a number of particle gizmos, all made with Particle BlinkScript, which can be used right away to extend your current particle toolsets, or can be opened up and used as a learning resource for those interested in writing their own ParticleBlinkScripts.

For those interested in learning more about Nuke’s BlinkScript architecture, then we also recommend checking out our online resources as well as the talk Solving creative challenges in Nuke | SIGGRAPH 2019 by Mads Hagbarth Damsbo on how he uses BlinkScript to create amazing tools.

With this node we really want to provide users with a powerful way to manipulate the particle system for their own needs, while also pushing the power of working with BlinkScript even further.

We catch up with Chris Wetherly, Associate Product Manager, previously Nuke Product Specialist, as he dives into his role at Foundry and the lesser-known feature you need to know about.

Need some inspiration for your workflow? This specially designed playlist has tons of tips and tricks for beginners and experienced users alike. Keep an eye out for more workflow Wednesday tips on Foundry’s social media channels.

Take a look at how MPC use Nuke Studio, Hiero and Nuke to streamline the conform, edit and review process in their workflow.

Uncover everything you need to know about performance and usability improvements in Nuke 12.0, as well as the unconventional ways people are using Nuke across the globe.