Uncover the powerful but less known Bilateral node, how it works and when to use it. In Nuke 12.1, Nuke’s Bilateral merged with the Cara VR C_Bilateral node adding functionality and GPU support in Nuke.

Get an inside look at the work the Nuke team has been doing for Nuke 12.2 and how they’ve taken the first step in supporting USD in Nuke.

With Nuke 12.2v1 on the horizon, we have been progressing with Nuke’s first step into supporting USD, with the integration of reading USD files into Nuke’s ReadGeo node.

With this feature, you will be able to read in geometry contained within a USD file and work with it inside Nuke’s 3D space, just like you would alembic. We’ve also made improvements to the ReadGeo node’s UI to help users navigate and work with USD data, and lay the groundwork for future USD feature development.

One of the most common workflows we observed was layering multiple backdrop nodes on top of each other with the top one colored to match the node graph, creating a windowed effect. While effective, this made users run through extra steps and bloated scripts.

We’re keeping our USD work open sourced so that you can build upon Nuke’s existing code base to better fit USD in your pipeline, and allow for the flexibility you need. 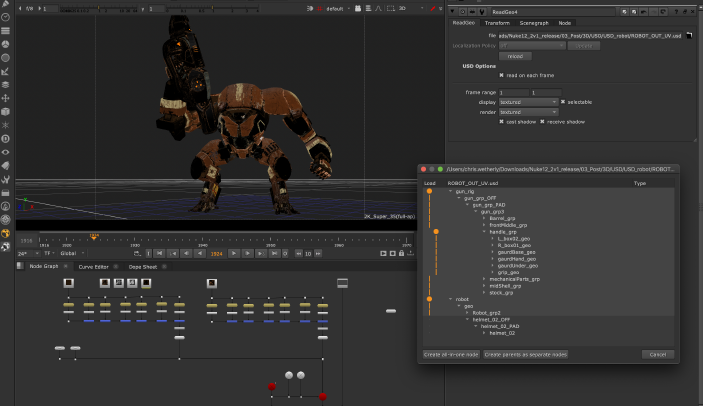 Artists Around the World

We caught up with Freddy Chavez Olmos, the creator of horror short Duérmete Niño, as he discusses his career from starting in Mexico to working on big projects in Vancouver and how he uses Nuke. 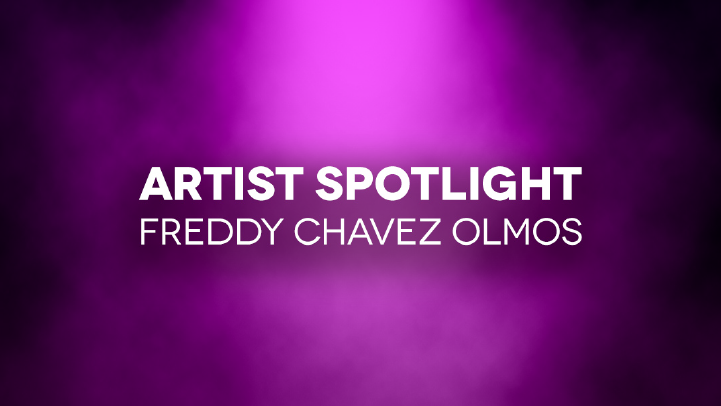 The team at Bait Studios uncover their remote work set up and explore how they’ve maintained their efficiency working from home thanks to Hiero.

Uncover everything you need to know about performance and usability improvements in Nuke 12.0, as well as the unconventional ways people are using Nuke across the globe.

Explore the Backdrop node, catch-up with Outpost VFX and how they use Nuke and dive into Nuke’s new shuffle node.