Animating on a tight turnaround is common in short-form commercial projects, but imagine having to pull everything together in a mere matter of hours instead of weeks or months? That’s exactly what design and animation company Assembly Ltd. did with a unique piece of marketing for ASB Bank in New Zealand. Using Nuke and Hiero, the Auckland-based studio skillfully overcame the technical challenges of animating on-the-fly under a real pressure-cooker of a deadline.

Blending marketing, animation, and social media, ASB Bank’s inventive “Like Loan” campaign -- created by Saatchi & Saatchi Auckland -- proved an ambitious project requiring spot-on timing and precision. It centered around a competition over Facebook that allowed users to log a page “Like” to collectively lower a home loan interest rate and become eligible to win that rate for a period of one year.

The competition ran during prime time from 6pm to 10pm with the TV commercial running nine times over the duration, each time showing the live results of the interest rate. The updates, generated from data pulled from the bank’s Facebook page, were then streamed to TVNZ’s Master Control using Foundry’s Hiero. 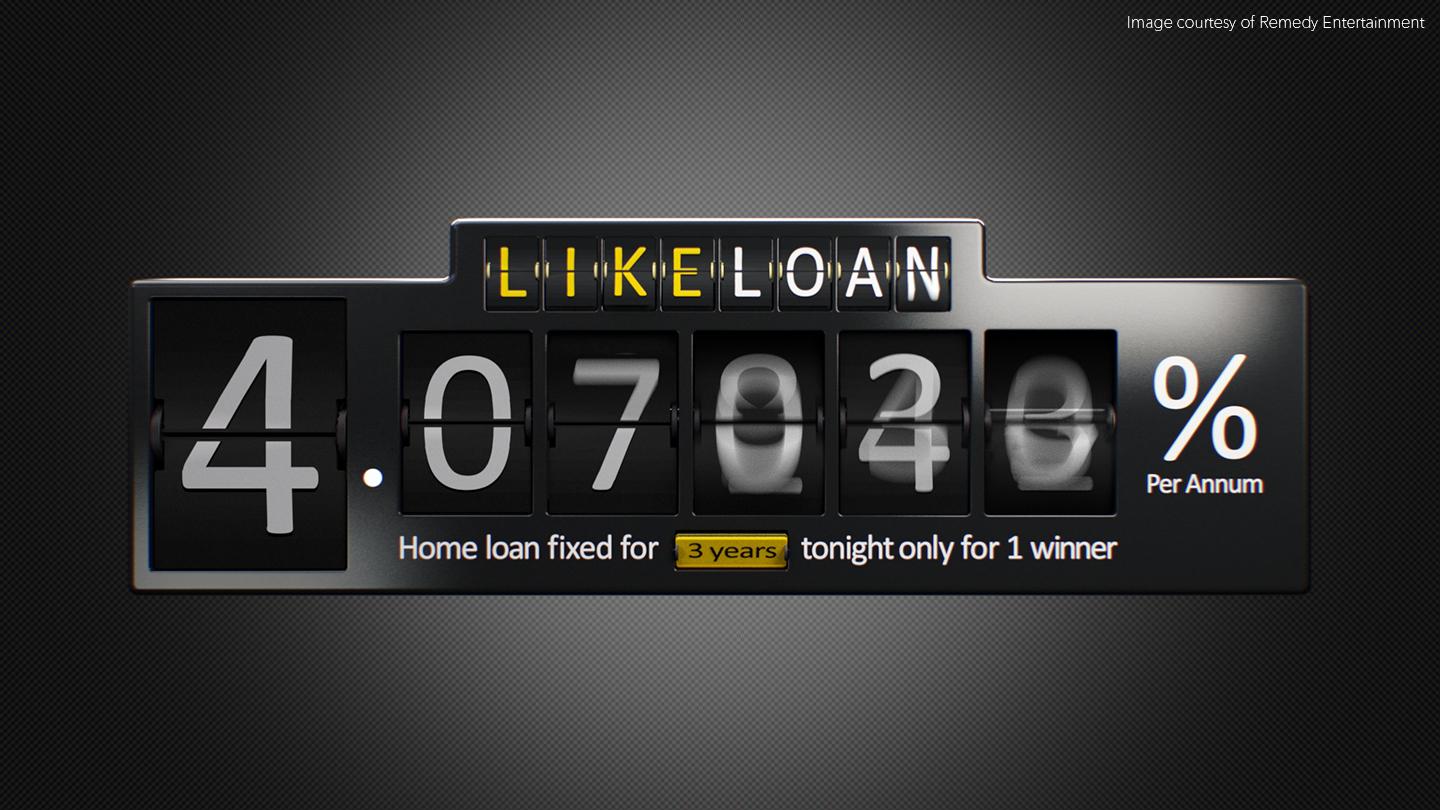 After creating and finalizing the advert’s framing animation with all its moving elements in 3ds Max and comping in Nuke, the crew at Assembly set about building an OpenGL app that rendered 426 frames of additional 3D animation, composited it over the pre-rendered material and then wrote it out to a file sequence. This would be set to happen every 70 seconds, versioning up each time.

“We would get a count in from Master Control at TVNZ,” explains Rhys Dippie, Assembly’s Technical Director and Lead 3D Artist. “We’d press play on Hiero and it would be sent out down the transmission chain.”

“The challenge for us was to make sure that if you were watching the television and logged into Facebook at the same time, the number of ‘likes’ would be the same,” says Dippie. “Getting those figures through to the correct spot on the live screen was our next challenge.” Assembly also had to make sure the correct motion-blur was on each number and then animated in the correct ‘count-down’ fashion, as it played live. Hiero and Nuke are so tightly integrated at the script level, this ensured all the Nuke tweaks were carried down the line.

Assembly applied a custom glow tool to the self-illumination layer, then added some yellow detail on top that the client requested, a hue shift on the circuit board to bring it more into the corporate color scheme for ASB. “A bit of chromatic aberration also helped with the macro feel,” Dippie adds. 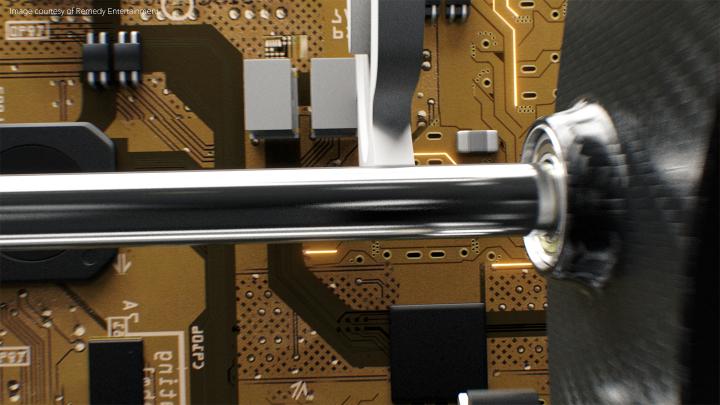 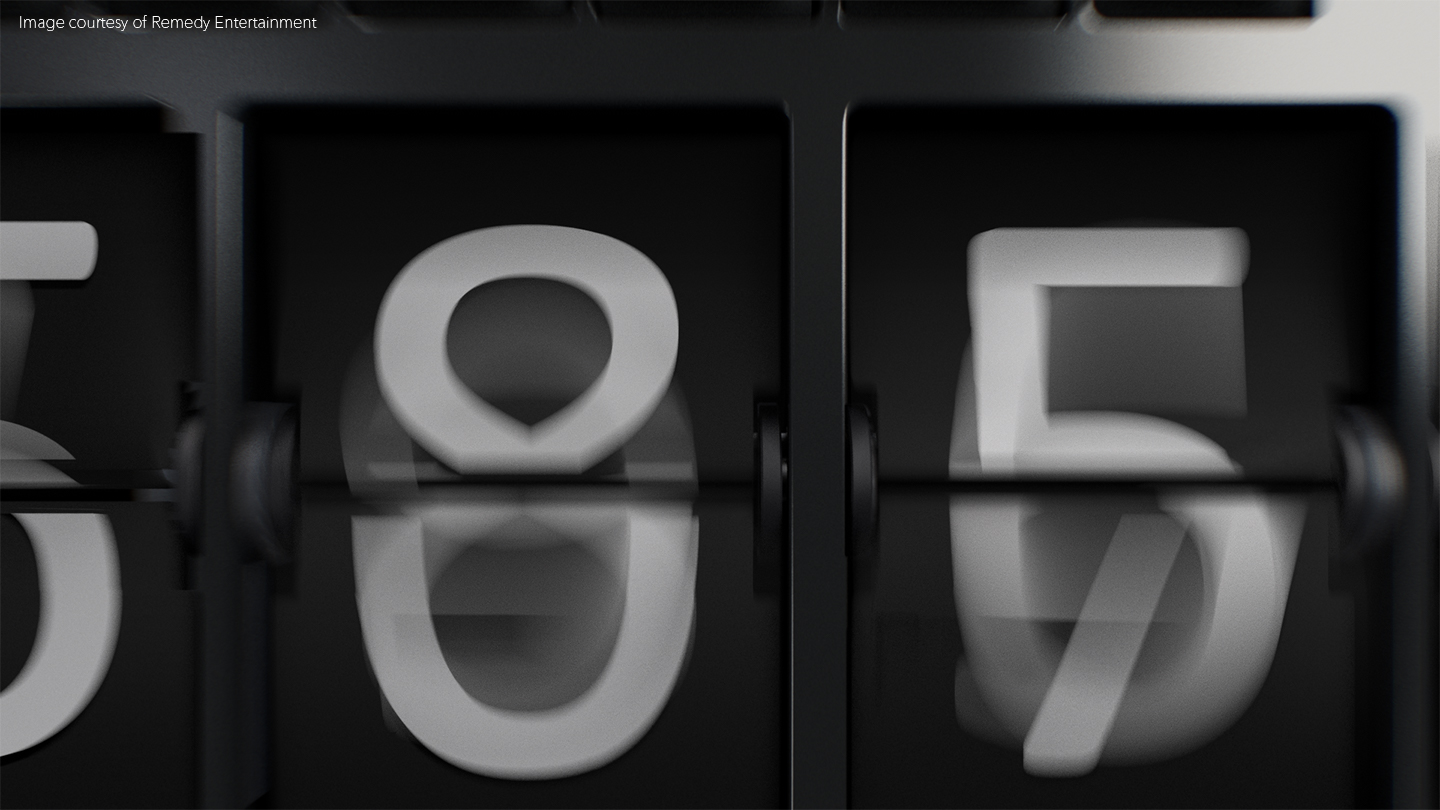 The right player for the task

The Assembly crew had tried a few different players, but many were unreliable and could not provide the consistent stability they needed. Dippie remembered that Hiero could do SDI streaming, and after that the whole process worked perfectly. “Having Hiero's operation completely scriptable with Python meant we could set up a hotkey to gather together the very latest version of the ad, cue up the playback head and away it would go,” adds Dippie.

“We had a high degree of confidence going in,” says Dippie. “We also knew that the colors that came out of the Hiero application were going to be correct for broadcast.” Hiero includes OpenColorIO, the open-source color management library backed by Sony Pictures Imageworks, which can be modified if required to fit any transmission colorspace.

When the commercial aired, they updated the Hiero project to the latest version with a modified Python script and then played it out from Hiero live to the transmission switch.

Assembly used a Blackmagic Ultrastudio 4K with a Thunderbolt cable, allowing them to play an HD SDI stream with embedded audio straight from Hiero on the iMac via internal SSD. The campaign played on TVNZ Channel 1 and 2 throughout the evening of 10 March 2014.

“Foundry’s Hiero is really a rock-solid player that wasn't going to let us down,” adds Dippie. “There were no dramas at any stage of the night. The whole build just worked, and is a great test case for future jobs involving live TV elements.”