In 2011, Scott became a member of The Art Directors Guild in Los Angeles and embarked on career number two as a conceptual set designer, armed with a seat of Modo. We asked Scott to tell us about his journey.

“The first film I worked on as a conceptual set designer was The Avengers. Since then, I’ve worked on 26 films, most of which are of the high-concept sci-fi, fantasy or action-hero genres, including Cowboys & Aliens; Men in Black 3; G.I. Joe: Retaliation; Star Trek Into Darkness; Insurgent; Tomorrowland; Batman v Superman: Dawn of Justice; The BFG; Star Trek Beyond; and Kong: Skull Island. I’ve just finished Pacific Rim: Maelstrom, and I’m currently working on Star Trek Discovery.”

“I was first introduced to Modo by Jeff Jasper while I was still working at New Deal Studios as a model maker. It was version 301. I chose it first as a render package, with the intent of learning poly and SubD modeling down the road. Up to that point, I had only been working with NURBS in Rhino 3D, creating CAD models for drawing packages to go to construction. I’d develop ideas in Rhino and then go to Modo for rendering and animation.” 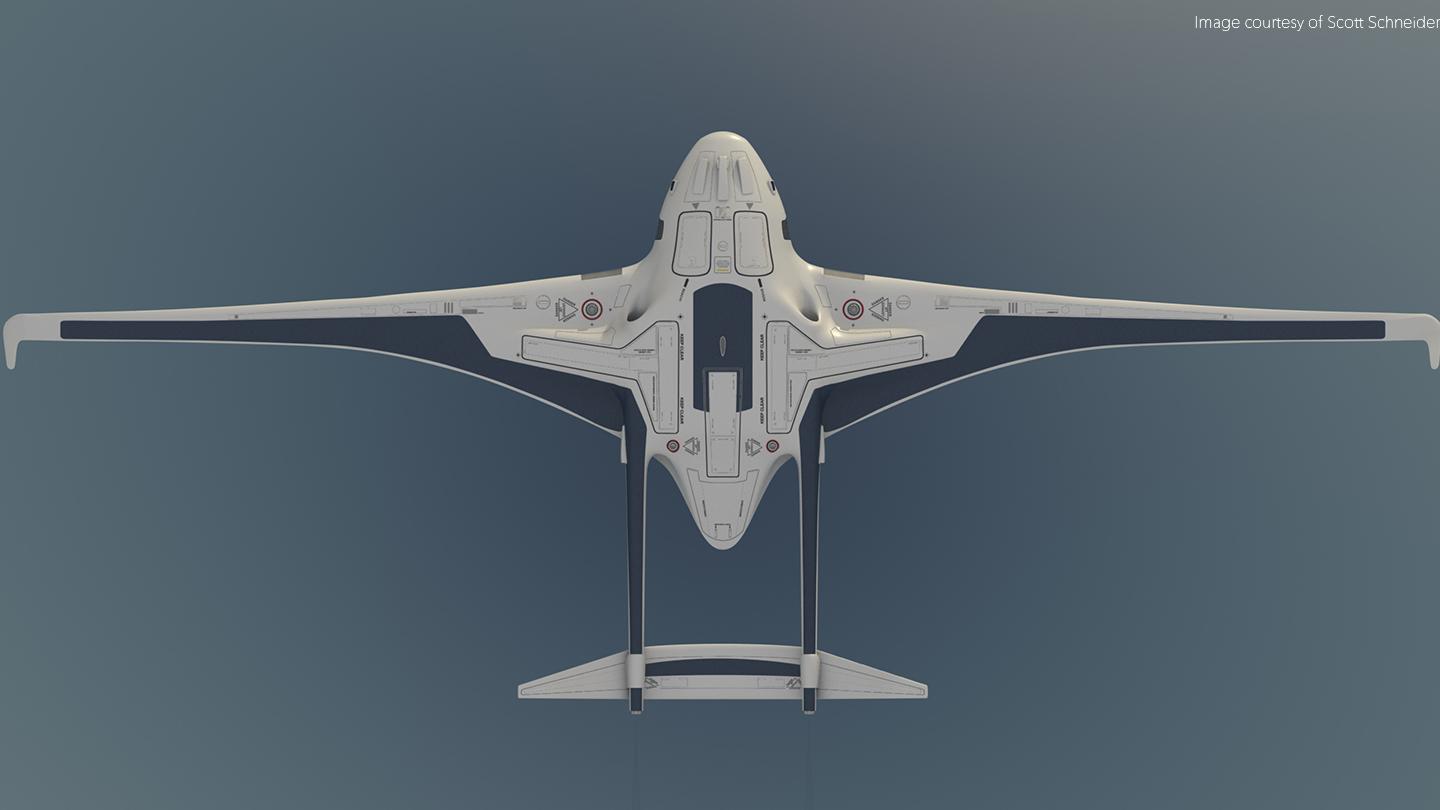 “I didn’t really start modeling with Modo until The Avengers, but Tomorrowland was my first full investment into using Modo for ideation—so much so that it changed my workflow. Now I develop everything I do in Modo first then take it into Rhino for CAD conversion and output for drawings and CNC files. This has a benefit because my Modo models go to the illustrators as well as VFX. It’s a much better pipeline for development.”

“I use Modo mostly for design development, although as I’m getting more proficient with animation, UVs and texturing, my range of use is expanding. I find the ease of use really helpful—there’s a short learning curve in most cases, and the UI is very easy to get used to, especially coming from a CAD package like Rhino. I think Modo’s strength is in rapid ideation; I love the way it lets me develop forms and present those ideas in an informative yet creative way that shows what the final product will look like in a real-world application, and demonstrates the possibilities available in the end result.” 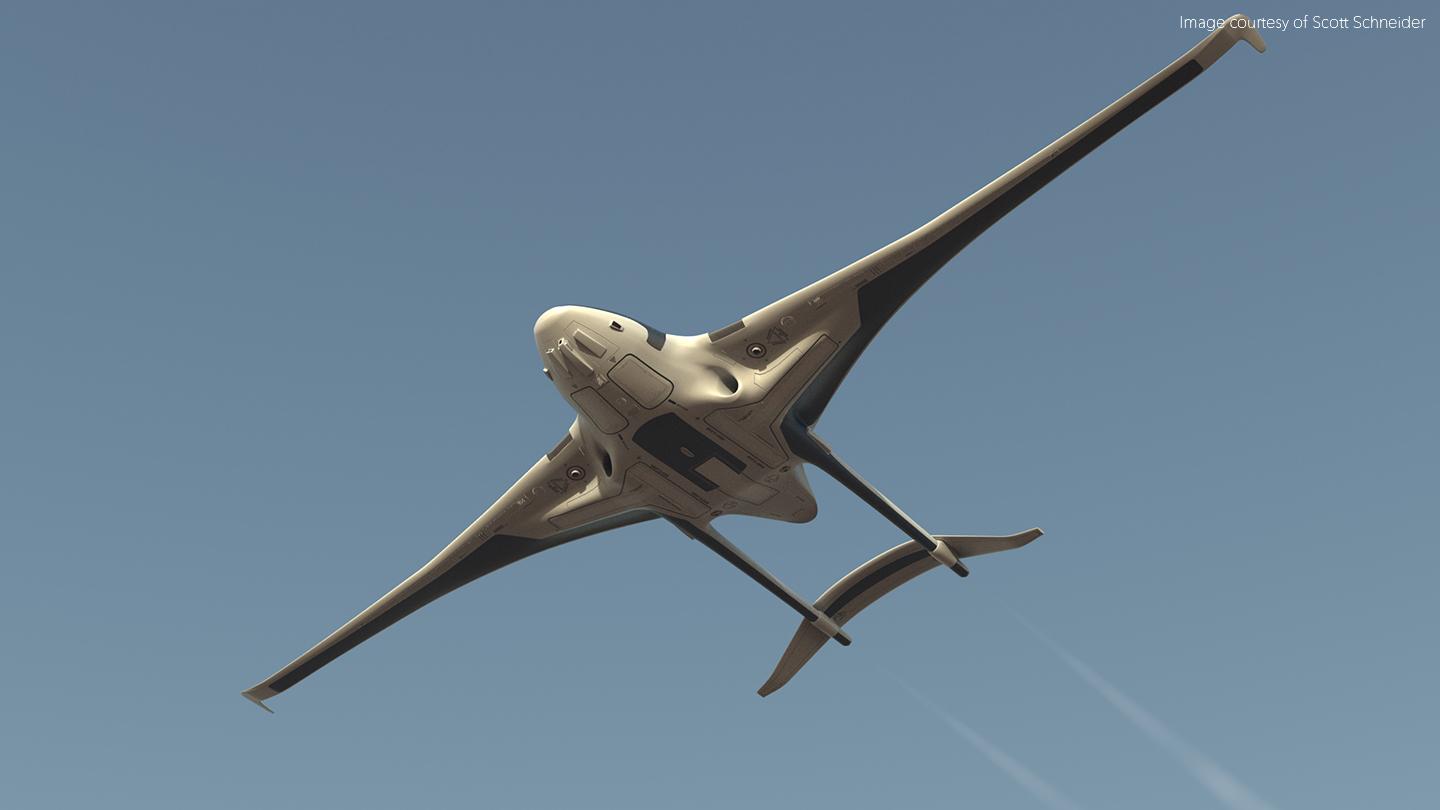 “Modo’s evolved so much since I started using it. I would have to say that Modo has been running a development marathon compared to most software packages. Now, some would say that “too much, too fast” is not such a good thing, but I think development is like learning a new skill or trade. You have to try different ideas before you can narrow down the best one to use. In any design application, you must go through this process—software is no exception to this rule. I’m looking forward to trying out the new features in the Modo 10 Series. I haven’t had a chance yet, but what I'm seeing on the surface is what I have come to expect of Modo: consistent effort put into improving the tools that already exist, while at the same time adding new features to the software to expand its usability and its application to multiple industries.”

“I guess there’s a parallel between what the Modo team needs to do to be successful, and what we, as artists, do. Sometimes I get asked what advice I’d give to artists who are just starting in the industry. Here’s what I tell them: push yourself, daily. Complacency is the killer of creativity. Never be completely satisfied with the result, but learn when to let go. That need to make it better pushes you into places you wouldn't normally go if you allow it to be just “good enough”. Don't get discouraged by critics—embrace them, good or bad.”

“Some of my advice probably sounds pretty harsh. If you’re getting into the film industry because you want to be the guy designing the robot that everyone is talking about, or just to make spaceships all day because that's what you love, or you "have a script for a movie you want to make"—don't. Don't bother. If that's what it’s about for you, then get a job that earns you enough money to live on so you can spend all your free time pursuing what you love.” 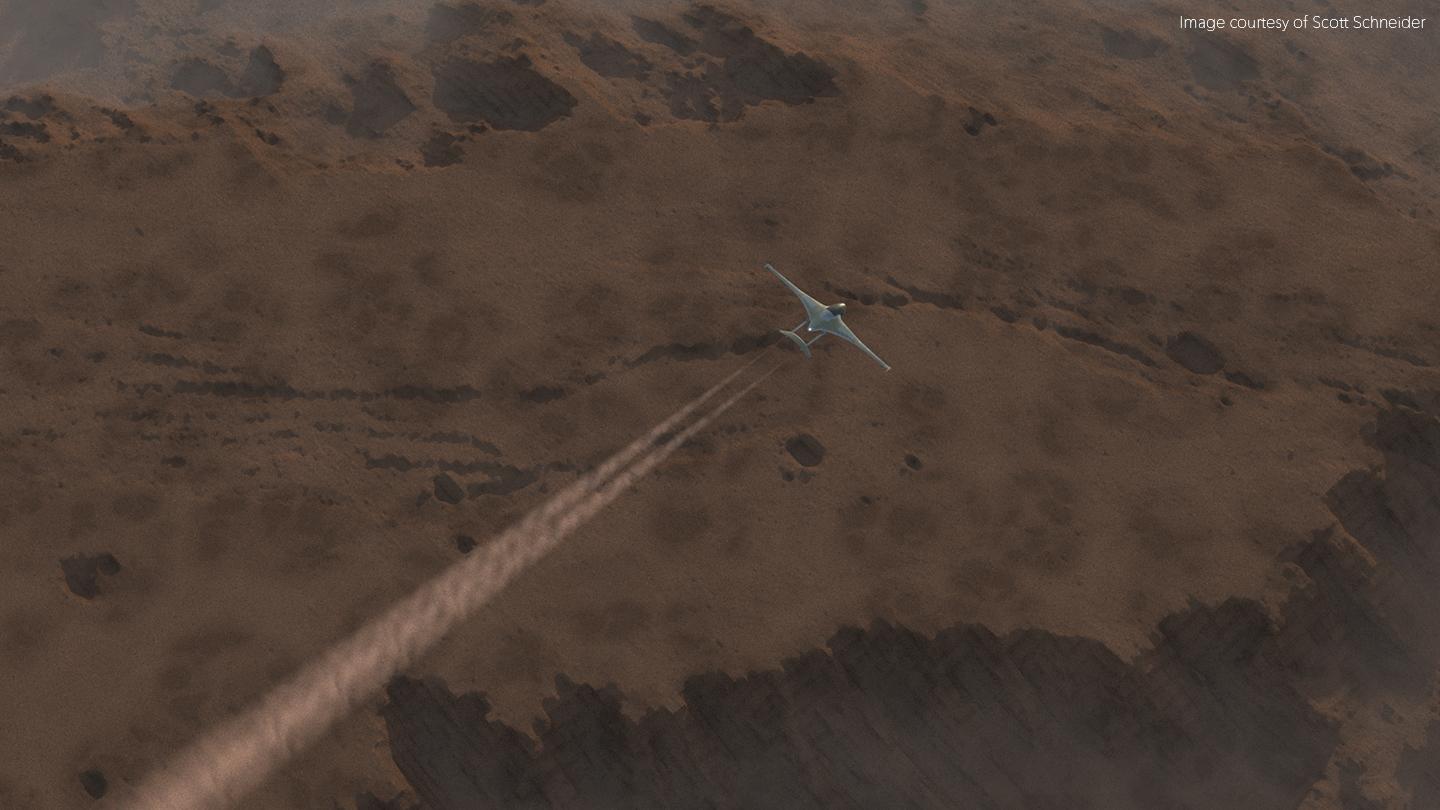 “The film industry has an allure, but it’s a false allure. Everyone just getting started thinks the same thing: "I'm gonna get to do all kinds of cool sci-fi stuff, or the next amazing creature, or Batman's next car". Well, you’re not. In most cases, not even close. You will get the boring thing that you hate or nobody else wants to do, because that's the way cards fell. We have a job to do: to create content. Sometimes it’s fun and cool, most times it’s boring, tedious work. What drives you can’t be any specific subject or item. Make it about the PROCESS. I don't care what I work on, not one bit. It could be a spaceship, or an office, or a toilet. It’s not about the subject matter for me, it’s the process of design that drives me. That's what I love. Working with people that inspire me, push me and challenge me every day. That's what it should be about. Because in the end you become a better designer or artist because you focus on the process not the task.”

“And finally, DON'T BE AFRAID TO FAIL! This is the most important advice I can give. My entire career is the culmination of failures leading to discoveries I would never have made if everything went according to plan. Judge yourself fairly and not through the eyes of others. Be realistic, while at the same time steadfast in completing your goals. At the end of the day, we all work for someone performing some task they need done. Don’t let that be what drives you. Paychecks are important but making them more important than being happy is counter-productive. An unhappy artist produces mediocre work.”

“Who inspires me? The list of people is far too long to be specific, so I’ll be generic. Someone who looks at difficulty as a challenge, someone who inspires, educates and pushes me creatively. People who are not afraid of failure and in fact see the need for failure in order to grow and learn. Anyone who challenges me to be a better artist, designer and person.”

Inspired to start a journey with Modo yourself? Take the first steps here, with a free 30-day trial.