New Deal Studios is a full featured production house in Los Angeles. In business for 20 years, we handle every aspect of the movie production pipeline. We've worked on numerous blockbuster films, including Interstellar, for which we won the Oscar, as well as Batman the Dark Knight movies, Inception, Hugo, Guardians of the Galaxy, and Avengers, just to name a few.

For Interstellar, Christopher Nolan wanted the ships to feel like real spacecraft that people could relate to, so much of the design of the ships comes from NASA reference. We had CG models from Double Negative in London used for digital FX and previs, from which to start as well as designs from the production art department used for full size and scaled sets. Thankfully, many of the models we received were already done in Modo.

For CAD models we used the CAD Loader plugin. We converted Maya files to FBX and imported into Modo. We broke down and prepped all the parts of the spacecraft (Endurance, Lander, and Ranger) using Modo. It was important that the models be clean and accurate before sending to CAD. Then we exported to Rhino3D using the Power SubD-NURBS plugin so we could generate build drawings and our STL files for 3D printing from Modo as well. We found the STL files from Modo to be cleaner than what we got from CAD and so had less prep and failures on our 3D printers. Modo became the central tool between model design, production shot design, engineering design and digital 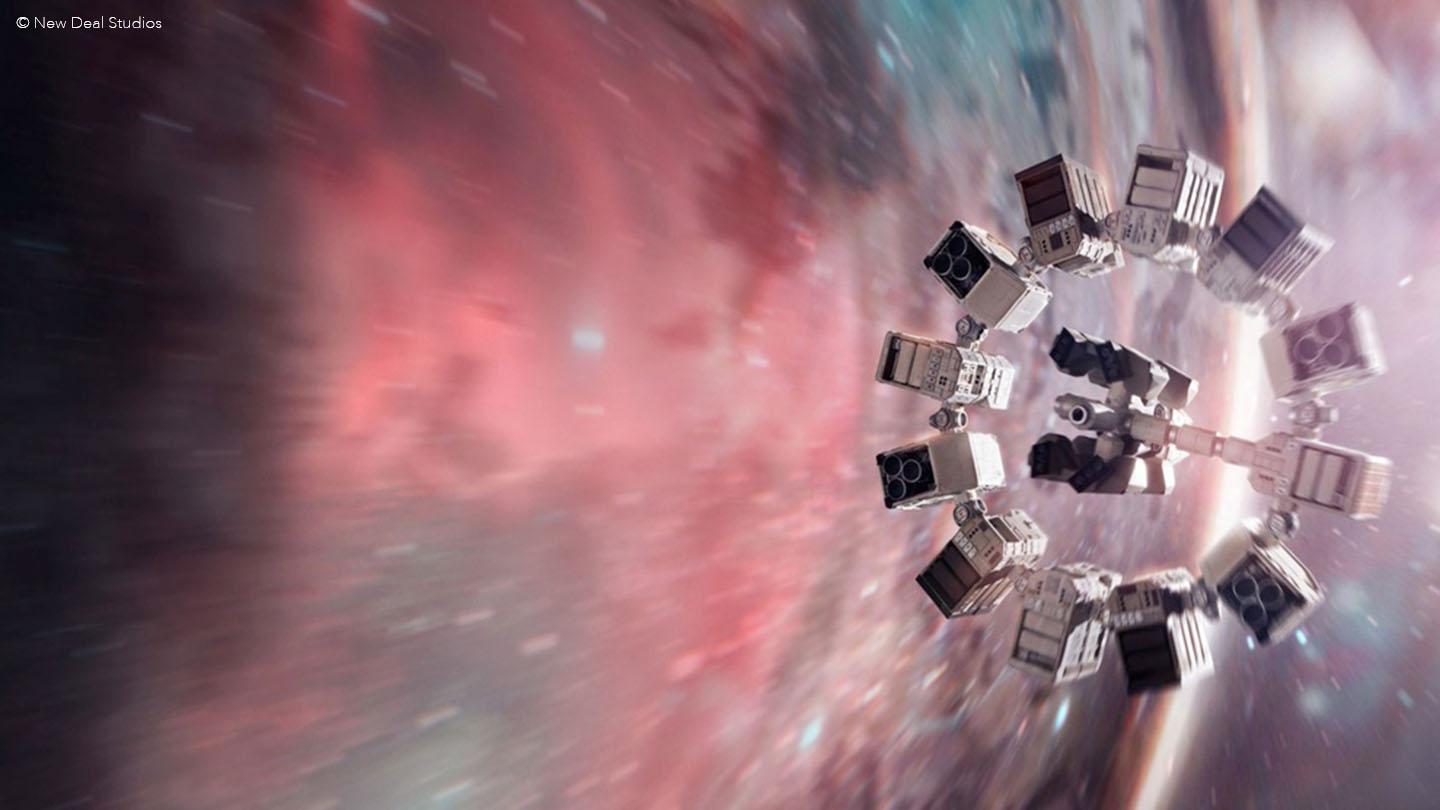 In addition to doing more than 100 motion control shots for the movie, we had a particularly tricky shot in which a failed docking attempt with the Endurance causes a large scale explosion, damaging a large section of the craft. It had been planned out in previs as a large scale move with debris and chunks of spacecraft flying off into space. Jeff Jasper, the digital FX supervisor for New Deal, took the previs in Modo and locked the motion of the ship while keeping the particle FX from the previs. He then traced the motion path of the main ship chunks and particles. Using those paths, he figured out how to orient the model so they could use gravity and cable pull systems to mimic the look of zero-gravity in all three cameras used for the sequence. He also used Modo, along with the engineering assembly from Solidworks, to build a virtual set. That set included New Deal’s backlot, building, steel truss rigging for the model, the Gradall (used to hold the rigging and model up), camera positions, and black screens. This way there was no guesswork when it came to how we were going to realize these highly complicated shot.

For every project New Deal Studio works on, Foundry’s software has been key to our workflow. We use Nuke Studio, NukeX, Hiero, Modo, Mari, Furnace and even Mischief. The Foundry's software not only gives us an end-to-end toolset but it plays well with third-party software, so we always have the flexibility to handle any challenge that gets thrown our way. 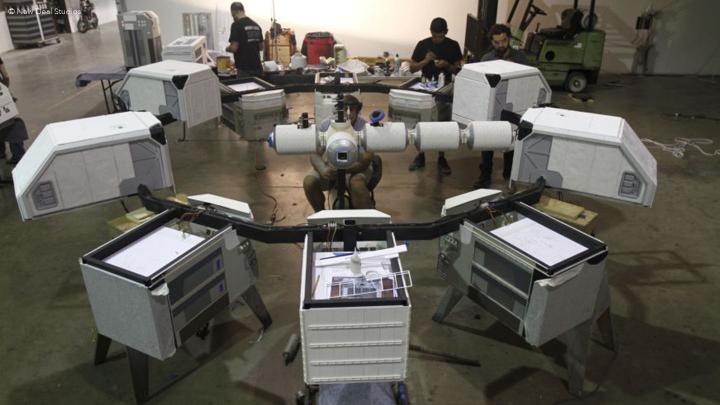 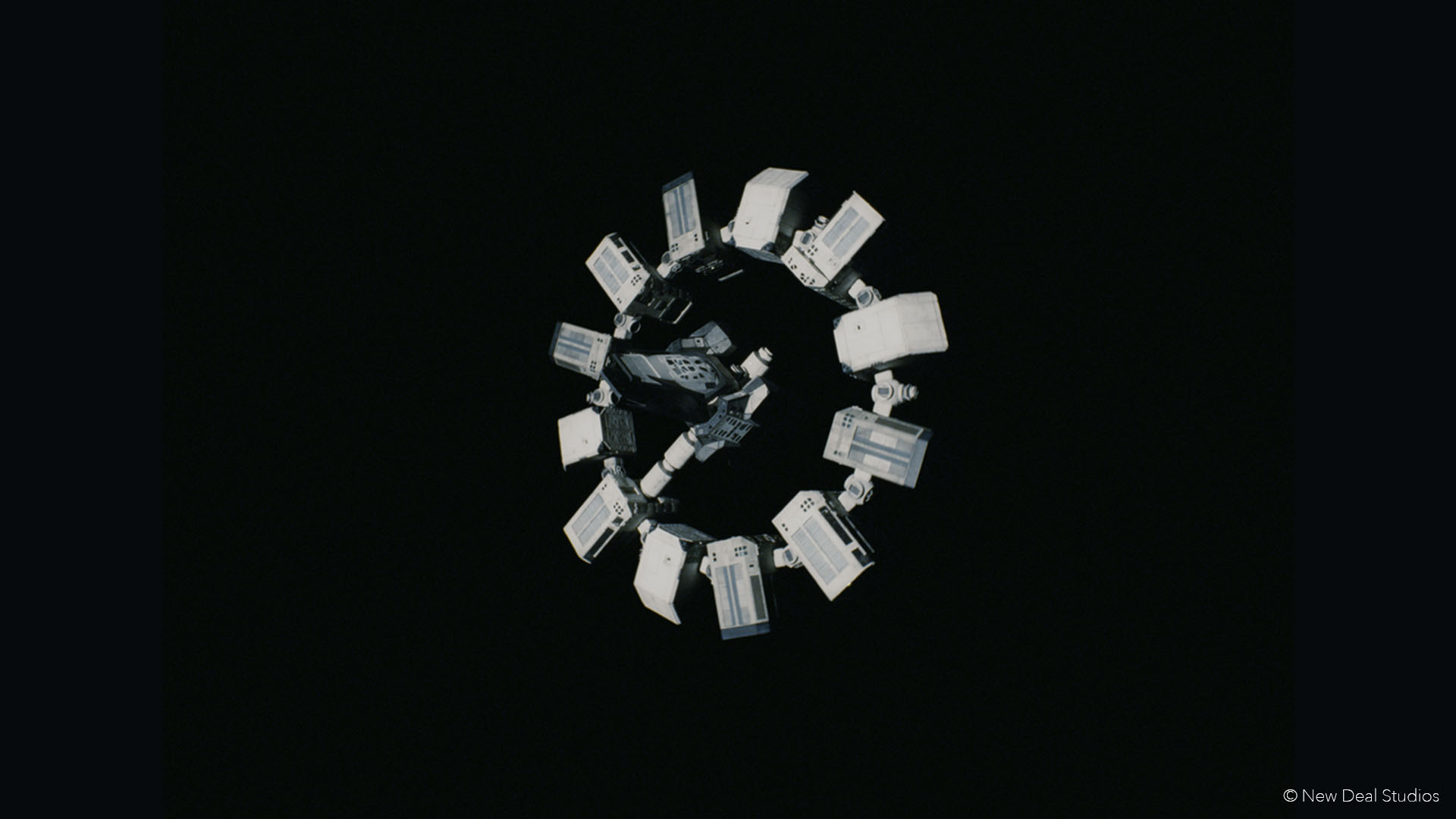 Foundry's software not only gives us an end-to-end toolset but it plays well with third-party software, so we always have the flexibility to handle any challenge that gets thrown our way.