Virtual reality has yet to gain a significant foothold in our living rooms and bedrooms.

As we’ve previously discussed however, the medium is showing promising growth in the area of location-based entertainment.

In a sign of the tentative inroads being made in this area, London’s first ever VR arcade recently opened - DNA VR.

Foundry Trends caught up with Alexander Tsyurupa, one of the company’s founders, to find out why businesses like his could be key to unlocking VR’s future.

Foundry Trends (FT): How did DNA VR come to be?

Alexander Tsyurupa (AT):  Myself and the two other founders are fans of escape rooms. We wanted to open something like that, but on a different level. An escape room where you could use VR or AR, still keeping it very social, but with a more immersive twist.

We looked at different options, but when we  tried VR for the first time, we were blown away by the technology.

There are no dedicated VR arcades in London whatsoever. We thought VR escape rooms could be a part of a bigger centre that provides gaming, art, education, entertainment, all combined.

(AT): We focus on delivering a multiplayer experience. You’re physically in the same room as other players, separated by dividers or soft walls. Most of the time, you’re playing a multiplayer game. If you’re not, we connect players so they can hear each other through headphones, regardless of what they are doing, so the whole time they feel like they’re together anyway. We focus on the social aspect.

(FT): How does a facility like yours enable a social VR experience beyond that offered by a home-based system?

(AT): It’s very rare for someone to own more than one headset. To own three or four headsets is incredibly rare, because you also have to own four good PCs.

You’d also need the space to accommodate three or four people in the same living room, or you need four dedicated rooms in your house.

For some of the shared space experiences that we offer, you need a large 10m x 10m room that can accommodate four people walking around with no wires, who can see each other in the exact, correct position, hear each other, physically touch each other, and see the other person as a VR avatar.

Experiences like this give you the next level of immersion: you don’t have to teleport anywhere, the physical room that you’re in will be completely matched by the virtual room. That is very hard to replicate at home.

(FT): What are the challenges of getting consumers to buy into VR experiences?

(AT): First of all, the attitude towards VR is mixed. I think a lot of the general public still think it’s some kind of Black Mirror scenario.

Then from VR gamers sometimes we hear ‘I already have PC VR, why would I go to a place like this?’ The answer to that is for the social aspect, for the quality of experience you can’t get at home.

Also, I think for those who have tried VR at home, experiencing the free roaming element in an arcade like ours helps to change their perspective. You’d need 3-4 headsets and a lot of space to experience this in your house, which most people do not have.

For first-timers to buy in, we have to explain properly what’s going to happen when they come.  A lot of them have questions about things like hygiene and motion sickness - which of course we address. 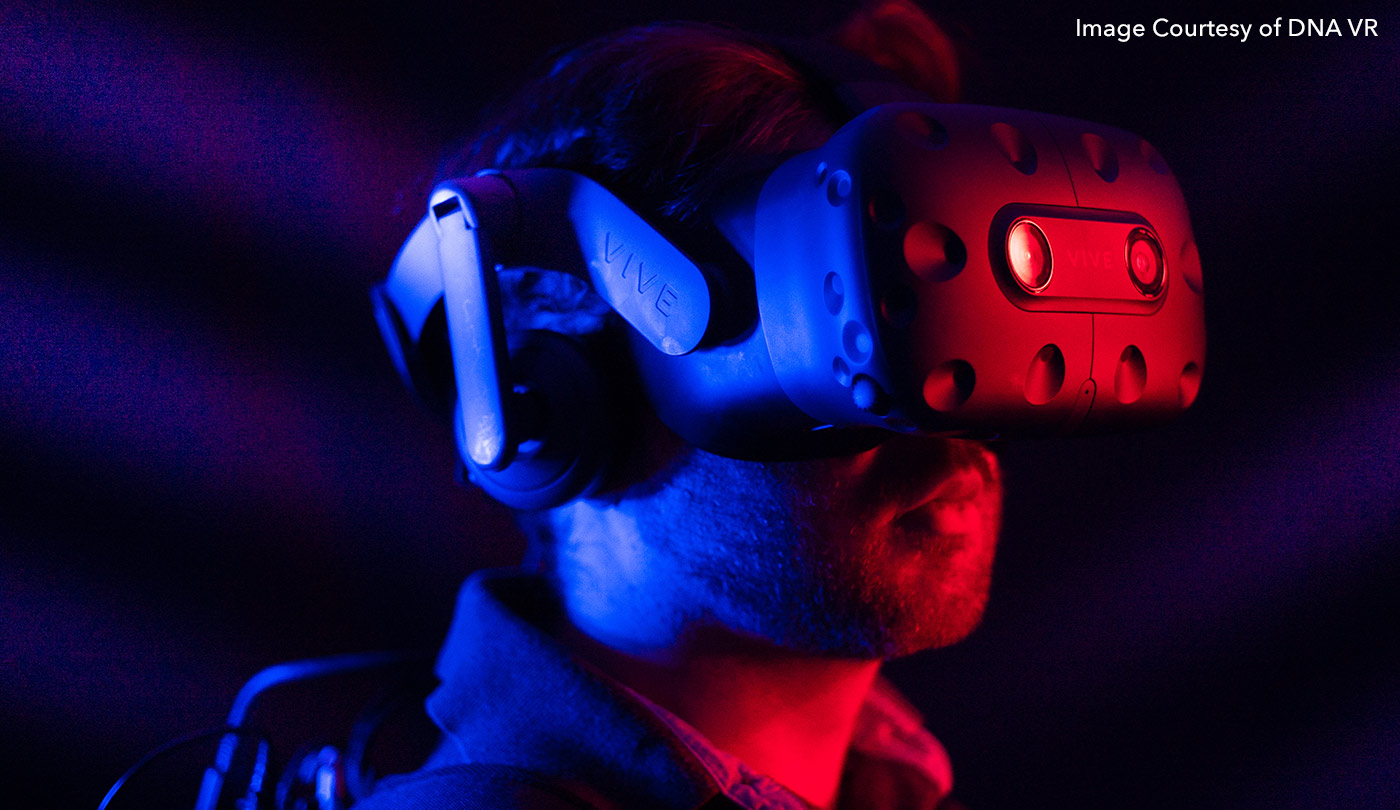 (FT): How do you see locational VR as an industry developing in the future?

(AT): There will be better quality headsets, technology with haptic feedback like gloves, and better headset resolutions. Wireless technology will improve and become more affordable for businesses.

Three years ago, to do a free roam experience you would need to invest massively in the cameras, the trackers and all that kind of stuff. Now, it’s very affordable. You don’t need anything created for you, like bespoke hardware.

The challenge is in the licensing fees and the proper set up, but the technology itself is way more affordable.

Take wirelessness, for instance: backpack PCs exist, the question is whether in the long run consumers will place enough value in what they offer to compel them to come back.

Sometimes we hear that customers came two or three times and then bought a headset-  but still come back. That’s good - it means we’ve created a unique proposition for them to see the value of returning.

And it’s not just the games, it’s the whole experience. We run tournaments, themed events… that kind of thing helps us to keep people coming back.

We’ll probably think about doing our own software eventually. For a lot of VR centres, success will depend on the quality of the bespoke experiences they offer.

That’s something smaller centres have to consider: in order to survive,  nailing the value proposition is crucial. Another one is differentiating your own software and your own product.

(FT): How much previous exposure to VR do your customers generally have?

(AT): Most customers are first timers. They generally come without previous experience, which is good because they don’t have any preconceived ideas about VR.

A lot of our customers are non-gamers: for example, a group of fifteen lawyers or a group of twenty auditors. They’re often not tech enthusiasts.  And they love it: that’s why we’re focusing on this sector, because they genuinely love it.

A lot of our opportunity lies with people who can't afford to buy a headset, because it’s a big cost for a good quality headset like HTC Vive Pro. You also need a gaming PC with the headset, so the total outlay is roughly $3k. 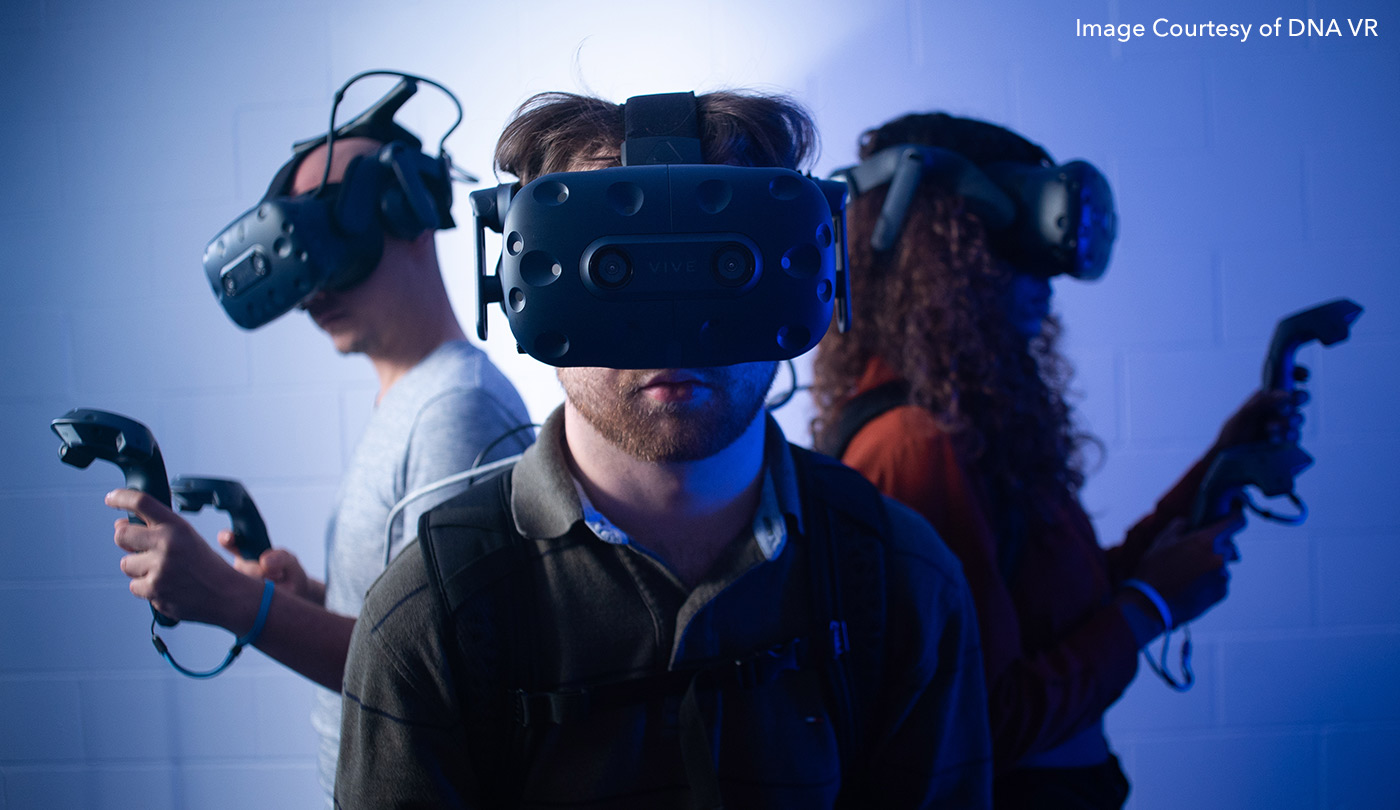 (FT): That’s a lot to spend on something you’ve never tried before...

(AT): With PlayStation VR it’s cheaper, because you may already have a PS and the headset is less expensive - but the quality isn’t as good and it’s more of a standing or sitting experience.

That’s a totally different to our experiences, which were created with the intention of people moving around. With PS VR, you’re mostly holding a controller. It’s evolving, but it’s still not there yet.

So for people to have exactly the same kind of experience here as in their home would come with a big price tag.

(FT): How do you see the VR consumer demographic evolving?

(AT): Our main goal is to make VR more mainstream for people who are not tech enthusiasts, and give them the courage to try it. That’s what we’re working on.

I think further down the road it’s going to be fewer and fewer gamers and more of a mainstream audience. That’s what we are hoping for, but we’re at the very beginning.

(FT): In your view, what needs to change for VR to see mass consumer adoption?

(AT): One thing that both Oculus and HTC are doing right is trying to create a headset that doesn’t need a gaming PC or a lot of trackers. One that’s more comfortable to put on, doesn’t take hours of preparation or thousands of pounds spent on it . That’s definitely something that will help VR take-off.

The second thing is the content. We know that a lot of companies are experimenting with VR but are not sure yet what they can do with it.

For the mass consumer market (outside of VR arcades and gaming), there’s not much content available. There are videos and other experiences, but if you don’t want to game, would you get a headset just to watch 360° videos and Google Earth? I probably wouldn’t.

We need more non-gaming content for the more mainstream consumer. 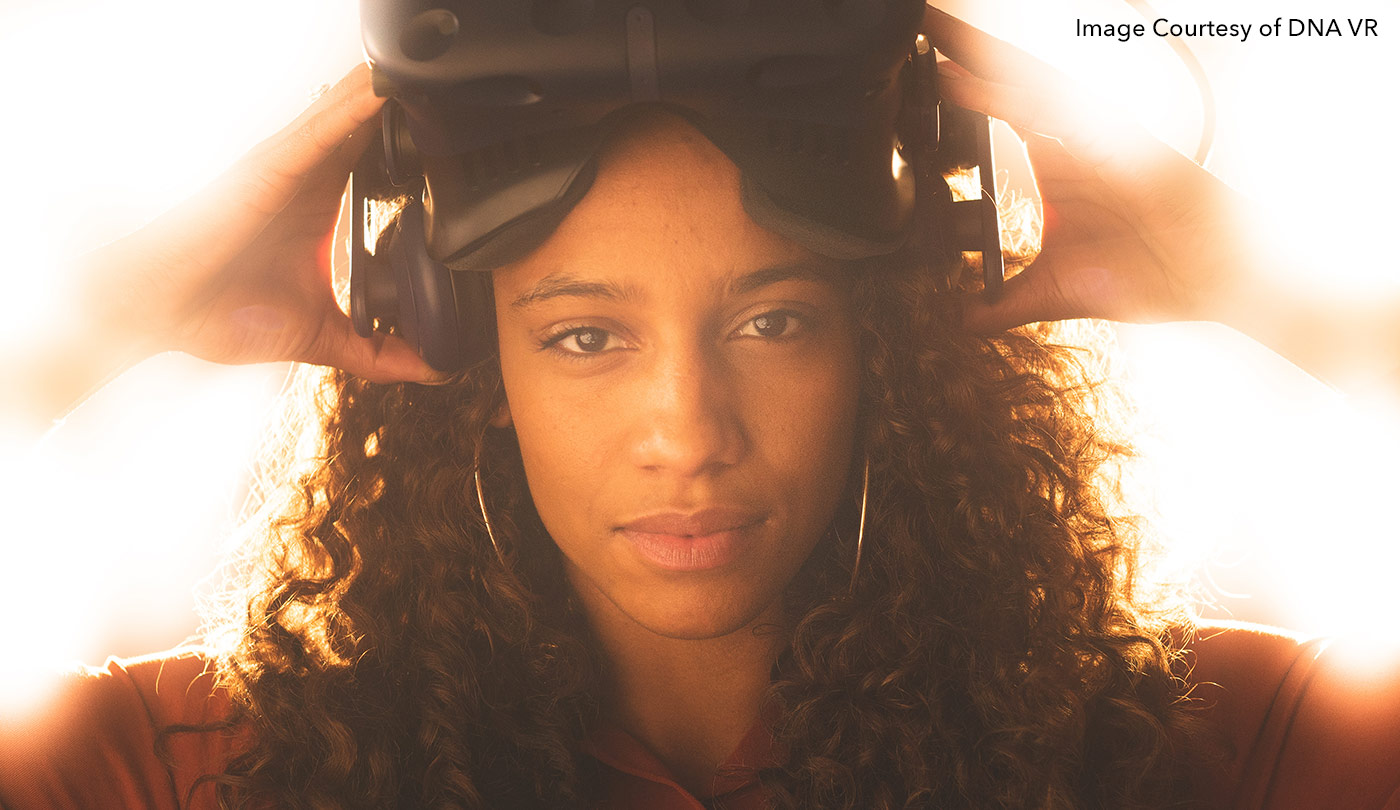 (FT): Do you think anyone has nailed storytelling in VR yet?

(AT): There was one about a refugee camp in Syria I think - it was in 360° and it was on a different level in terms of immersing you in the situation. For documentaries, VR gives you an extra level of immersiveness but if it’s something like a comedy, is there any kind of added-value from doing it in VR? I’m not sure there is.

Interactive movies would be great, but nobody is really doing them. I’ve seen a few experiments, but it’s still very early days. Cinematic experiences that allow you to do things you wouldn’t be able to do in real life work well - like going up Everest, or going to the moon,.

For us, we’re trying to navigate between gaming and non-gaming content.

We collaborate with musicians for example- one company in particular create virtual gigs: you can be a DJ, bring audiences in from the US or Singapore, all together at the same time. You see the avatar of the person performing live and you can see the whole virtual crowd in the audience.

Perhaps more and more experiences like that will be created.

Education is another area: a lot of schools can’t afford VR headsets. We give them deals to come here so they can afford it. Some educational content is already available: there are experiences for chemistry lessons, where you can play with atoms, see neutrons, protons, electrons, see how they all interact with each other, how the elements look.

VR is a very immersive way to explain it all, rather than using a book or a video. We see a lot of value in that kind of content.

(FT): What do you think the key is to providing great VR experiences?

(AT): Don’t sell a game - focus on the experience. The reason our customers come back, even when they’ve tried all the games, is because this is an environment they really like and want to enjoy more of. Just focusing on the games is the wrong way to do it.

(FT): Finally, what do you think the power of VR is for consumers?

(AT): We worked with some Canadian researchers who were trying to prove that in VR, people experience almost the same feelings people actually have in the equivalent, real-word world scenario.

They measured pulse, blood pressure, things like goosebumps, and people report very similar sensations in, say, a simulated moon orbit to what real astronauts do.

They’ll say things like ‘I looked at the Earth and I felt how vulnerable it is’: real astronauts experience this same feeling.

Even just putting on the headset makes it feel way more real than if you had watched the Discovery Channel.

That really speaks volumes about the power of VR.

Don’t miss our third and final article in this mini-series, in which Foundry Trends makes a visit to DNA VR for a first-hand look at the power of locational VR! 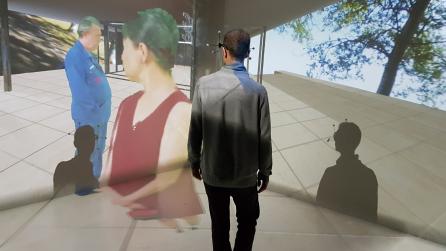 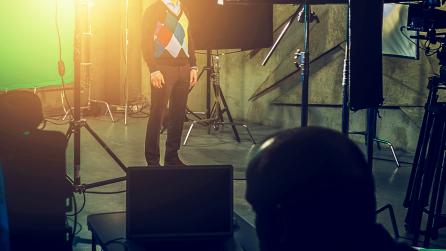 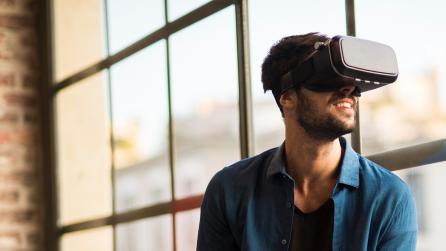