See how Sony Pictures Imageworks weaves visual enchantment over this latest trek to the land of Oz.

Bold transitions between stark visual styles make director Sam Raimi's vision of Oz a dynamic adventure for the senses. Ominous tornado-swept fields of a black and white Kansas give way to magnificent color bursts of vibrant fantasy landscapes full of curious characters in Oz the Great and Powerful. With the need for a tremendous range of assets to pull off the film's wild settings and kooky characters, VFX and animation studio Sony Pictures Imageworks turned to Katana for its reliability, scalability, and power.

Juggling roughly 50 characters, a massive volume of assets, and around 1,200 shots for the production, the Imageworks team had its work cut out for it on Oz. Kevin Souls, who started as Look Dev Supervisor for the first half of the show before transitioning to CG Supervisor, worked previously on Raimi's Spider-Man 3, which proved to be a very different project in terms of scope and visual design.

"What's interesting about it is normally in a film [that's] more grounded in reality like Spider-Man, you have a set sort of art direction for the entire moive, and you've got a realistic look," Souls notes. "Whereas in Oz, each sequence is specifically art directed to look completely different." 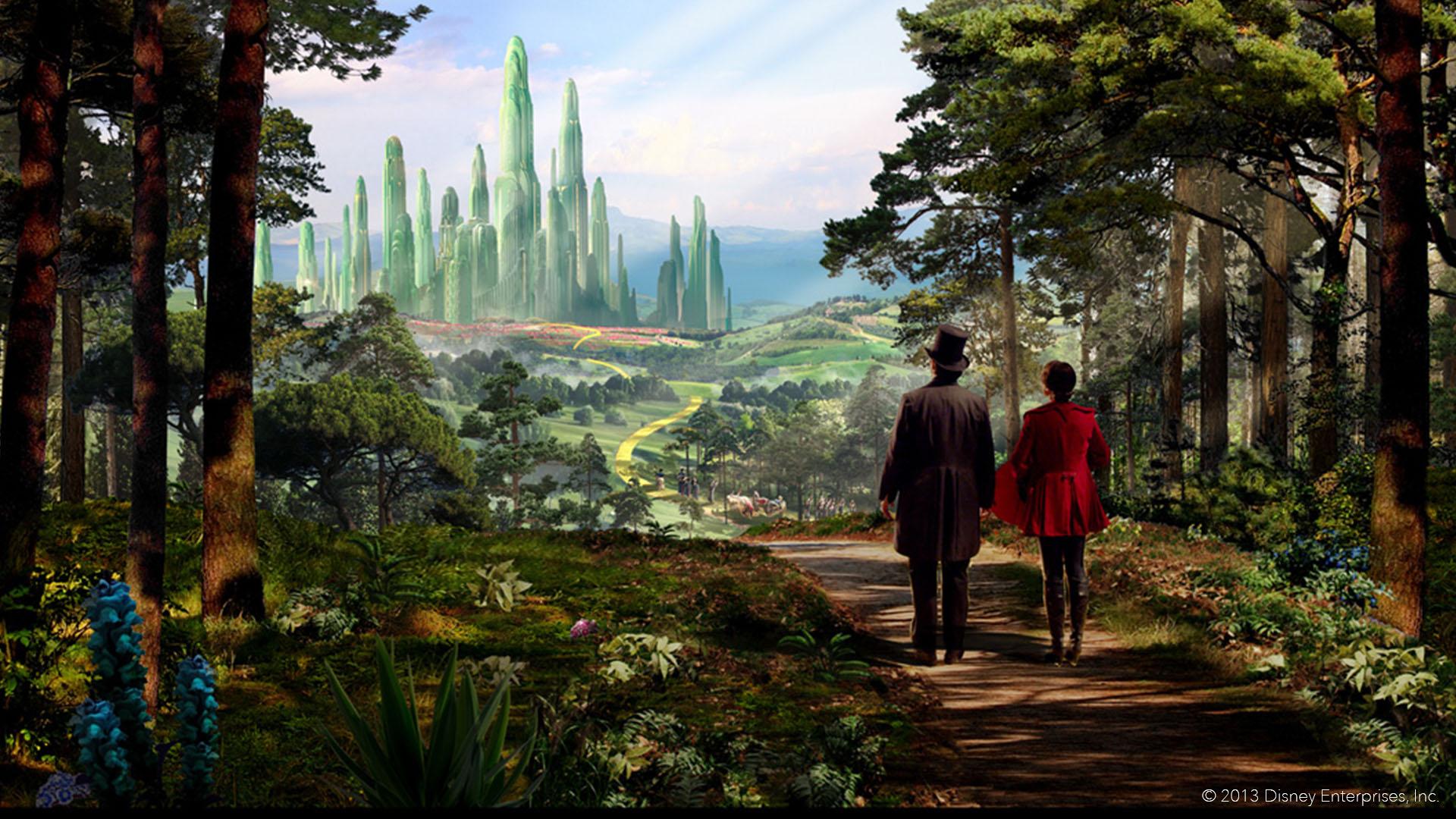 As spectacular as they look on the screen, the film's diverse range of environmental variations also presented numerous challenges, but Katana pulled its weight remarkably to help Imageworks produce some amazing results.

Building the world of Oz

"One of the most challenging aspects of the movie was the amount of stuff we had to render in the scene at one time," says Souls. "There are scenes that are very dense, with lots of components and assets, and we had to really be careful about the way we structured and built the assets and the data so that we could get it into the pipeline and render it using a global renderer model."

Oz features around 500 different trees, lots of buildings, hillsides, roads, plants, and other CG elements. Every asset had to look normal in each of the unique environments it was used in. Since assets reacted differently depending on the lighting in each scene, the team used Katana to create multiple lighting variations for the same objects, which could be toggled effortlessly depending on the scene.

Katana's ability to build attributes for assets and maintain them in a fast and easy way also made quick work of creating background scenery without draining precious processing resources. Souls holds up the film's wooded settings as a good example of how Katana's instancing and attribute system proved particularly useful.

"Normally when you're rendering a forest, you can't really have 10,000 trees in a scene. Because memory-wise, it would overload any processes you have," he says. "What we did was we created a series of custom nodes that would modify the materials for the trees and any organic plants, so they would accept particular attributes that Katana would assign to them based on their location in the scene." This let Souls create infinite variation in the scenes quickly without weighing down production by eating up memory.

We created a series of custom nodes that would modify the materials for the trees and any organic plants, so they would accept particular attributes that KATANA would assign to them based on their location in the scene.

Putting Katana to the test

One standout scene near the beginning of the film, dubbed "The Balloon Ride," was a real test of Katana's ability to manage a lot of data and get it rendered cleanly, says Souls. In this sequence, Oz's balloon gets swept up into a tornado. When he first enters the colorful land named after him, he crashes into a river and gets sucked downstream, through a mountain range, and off the side of cliff over a waterfall.

For this sequence, the team built custom shaders and used attributes on the geometry on a single layer to create the water's surface. With water volumetrics, spray, and everything else being rendered simultaneously in a global illumination model, the scene turned into a real resource hog. In order to make it more manageable, Katana was used to break all of the water effects into multiple sections, and then stitch everything back together again.

"Katana is the kind of program that can handle a lot of volume, and you can really rely on it," says Souls. "It's very dependable, and you can depend on its consistency throughout the process. It lets you create very complex systems of rendering that are both broad and at other times very specific, so you're never locked into a single sort of way to do something." 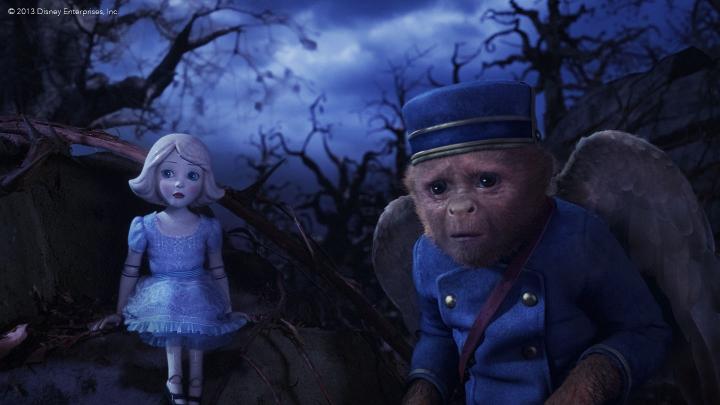 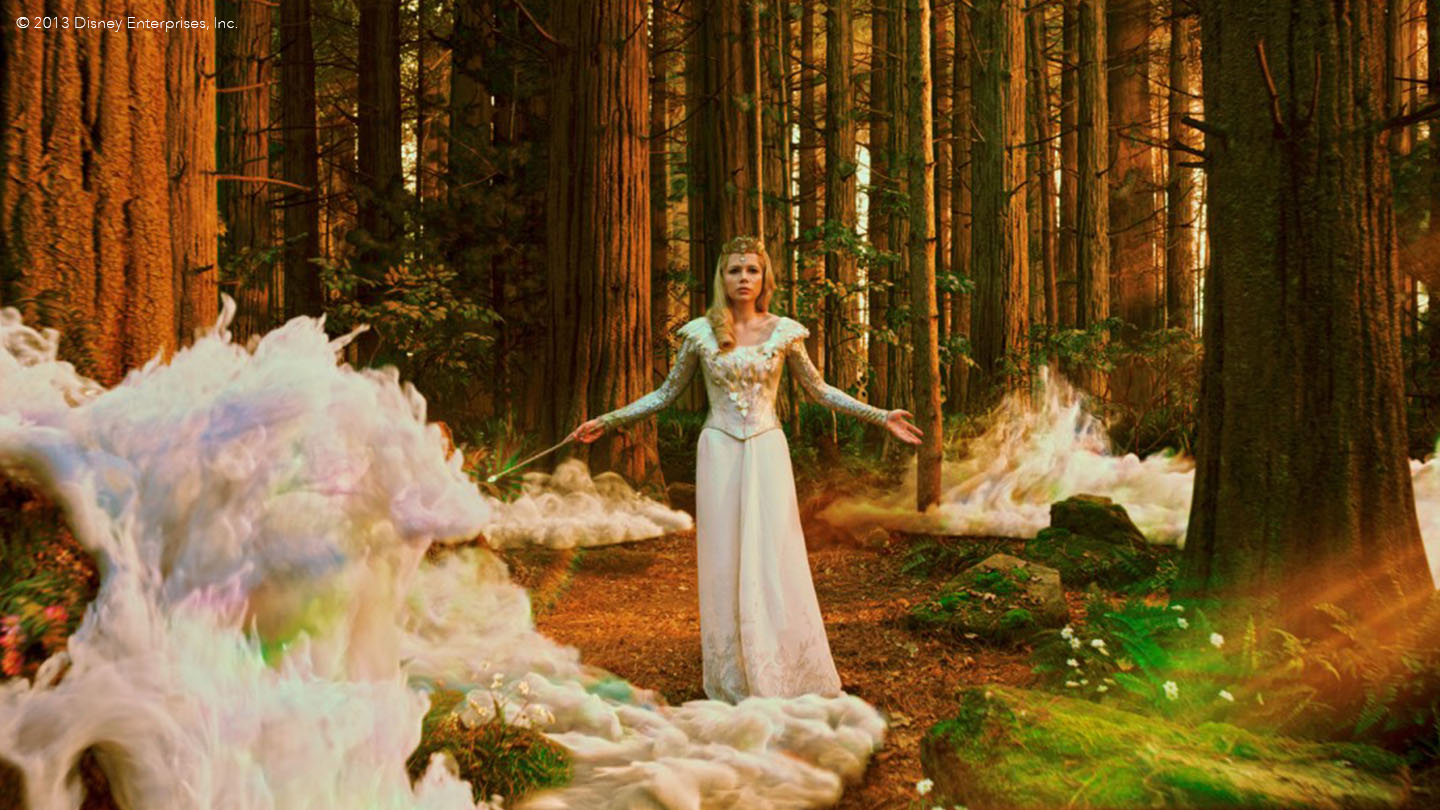 A girl and her monkey

Two of Oz's virtual characters, a small living porcelain doll named "China Girl" and a flying monkey named "Finley," are featured prominently throughout the film, and they were expected to hold up at a variety of distances and in different environments. Katana was used extensively to tweak their look in different portions of the movie and help make the characters really spring to life on the screen.

To create the cracks along China Girl's skin, Souls used Katana's node-based network shading to build layers that could be dialed up or down to control the amount of cracking, the darkness of the cracks, and other parameters. This was also done for her shoes, the brightness of her dress, and her lip tone, with a single knob setup for each feature.

"Using Katana's interface, we built a custom node that would give you access to each of those specific knobs, so that a lighter coming onto the show wouldn't have to delve down into her full material setup to find the ones they needed to dial," he explains. "We followed the same suit with Finley, because he had a lot of the same sort of features as well."

Finley's custom interface allowed the team to change the brightness of his fur, his wings, and other certain features, making the process of changing his look from one scene to the next a quick and painless affair for other members of the lighting department. Since each knob can be named independently, it kept everything organized and accessible, says Souls. Being free to build and customize your own interface in Katana is incredibly useful, but Live Groups proved equally invaluable for keeping the team up-to-speed.

"One of the great things about Katana is how open it is and that you can literally build a series of edits per sequence and save them as a Live Group that everyone can access simultaneously," he says. "[These] can be updated remotely, so that one person can build a series of overrides and settings for an entire sequence and everyone on that sequence can access those in a live format."

“Katana allowed the team to build a very robust pipeline, which is exactly what they needed for the volume of shots that had to be completed on Oz” adds Souls.

NUKE's built-in stereo support was crucial for the project.

With a team of 60 artists spread out between Imagework's LA and Vancouver facilities working on over 1,200 VFX shots in complete full stereo, Oz was the largest compositing undertaking in the studio's history, says Composting Supervisor Craig Wentworth. Compositing for the production was done primarily in Nuke, which saved a lot of time.

"The sheer volume of work we completed [was] a challenge unto itself," he notes. "We have used several compositing packages in the past, including proprietary software, but I cannot imagine completing the number of complex shots we completed in the relatively short amount of time that we had without Nuke in our pipeline. Nuke's flexibility and extensibility are tantamount to creating an efficient working environment, something we needed to have with so many artists in multiple locations."

Nuke's 3D working environment is an attractive element of the package, says Wentworth, and it really helped the compositing team take the pressure off of other departments. Nuke's built-in stereo support was crucial for the project, and its python-scriptable nature allowed for the creation of custom tools that helped in surprising ways, he adds.

"Our adoption of Nuke also helped to attract top talent by working with software familiar the world over," notes Wentworth. "As a result our eyes were opened to compositing tools and techniques we'd not considered before, which allowed us to meet the various sequence challenge efficiently."

Wentworth says he's eager to continue putting Nuke through its paces on future productions and discover new ways to maximize its potential. "We are very happy to be able to include the software as an integral part of our pipeline," he says.