Much like light, texture governs the way we interact with the world around us. It literally grounds our real-world experience: if we can touch and feel something, the physical connection tells our brain that what we’re experiencing is real.

Likewise, texture contains much-needed information crucial to our everyday lives. We can anticipate if an object is hot, rough, cool or smooth just by a simple glance at its surface, and react accordingly.

Since the advent of film, it’s been important for filmmakers to use texture in a way that mimics reality to convince audiences that what they’re seeing is similarly real—particularly if the shot, scene or asset in question is fantastical or otherworldly. If the textures look unnatural and do not sync up to our expectations, the whole thing falls apart.

To this end, texturing also supports narrative and storytelling. You’re setting the scale on age with texturing; one immediately knows that a ship is abandoned and old, for example, if its texture surface is littered with lichen, barnacles and other lumps and bumps. Meanwhile, scorched earth follows a raging inferno, paving the way for numerous open-ended questions: how did the fire start? Who was involved, and was anyone hurt?

Branching narratives such as these set the stage for the exciting plotlines we’ve come to expect from our favourite films and shows. But how has the storytelling process via texturing evolved as technology advances and new filmmaking techniques emerge?

From pre-CG miniatures to the dawn of digital content creation apps like Mari, scroll for a trip through texturing and time.

It all started small.

In order for filmmakers to successfully create unique stories, worlds, objects and creatures, miniature figures—otherwise known as scale models outside of film—were used. These aimed to accurately maintain an accurate relationship between most of its important aspects, such as texture, scale and lighting, and convey a sense of realism—even if the object itself was entirely fantastical. 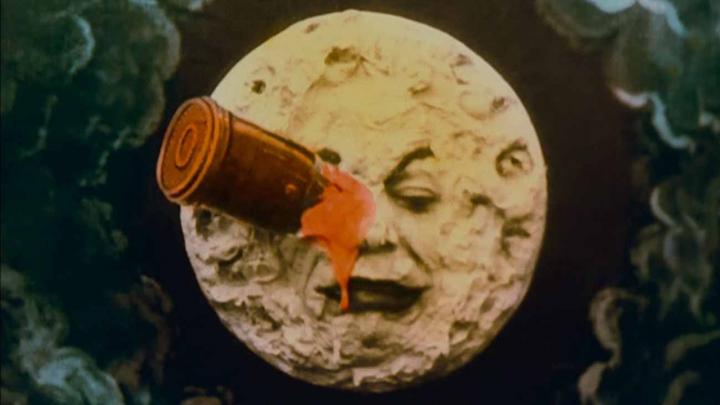 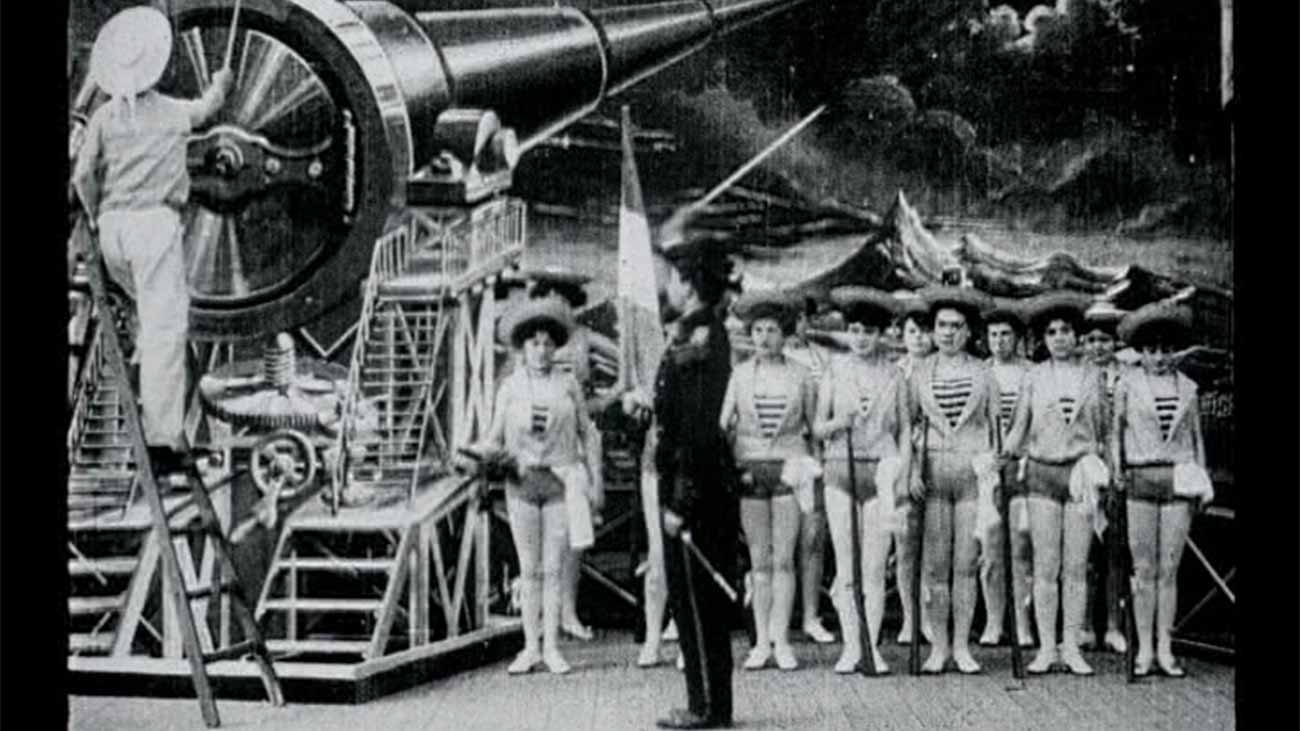 Still used to this day, miniatures are typically used to represent things that do not exist or are either impossible or too expensive to film. The first notable use of miniatures appeared in 1902’s Le Voyage dans La Lune or ‘A Trip to the Moon’ from French filmmaker Georges Melies, often dubbed the “Father of Cinematic Special Effects”. Such special effects in Le Voyage dans La Lune included split screens, double exposure, stop action and miniatures to accurately tell the story of five astronomers as they embarked on an outer-space adventure to the moon.

King Kong followed in 1933 as another milestone in the use of miniatures. Four models of the gargantuan King Kong were built for the film—two standing at 18 inches and made from aluminium, foam, rubber, latex and rabbit fur, one 24 inch model and a smaller model of lead and fur. Yet the use of miniatures here extended beyond the titular creature—the scene in which King Kong fights with a snake-like dinosaur was accomplished with a miniature set and two miniature rear screen projections of the characters Driscoll and Ann, alongside stop-motion animation, matte paintings, real water, smoke, and foreground rocks. 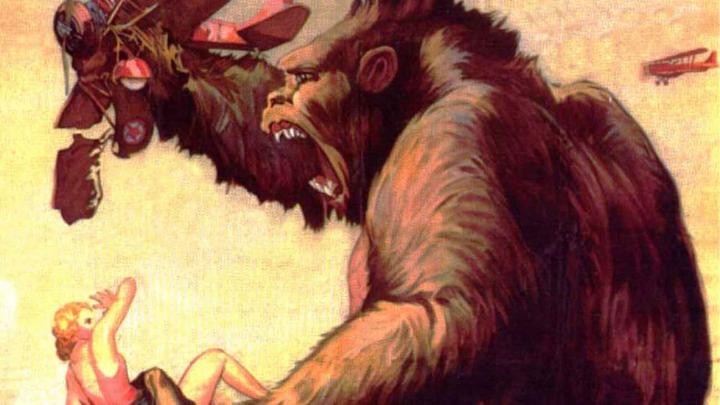 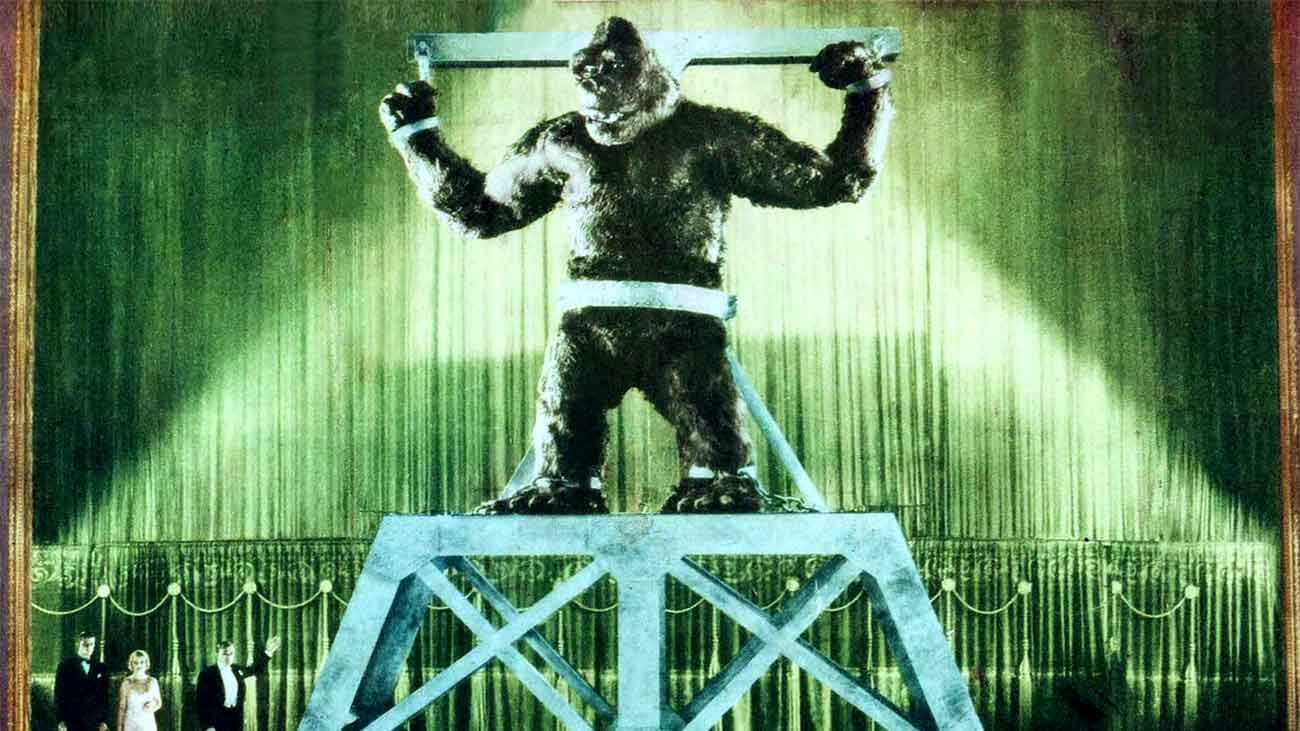 Later, in 1968, Stanley Kubrick released 2001: A Space Odyssey, which included spaceship models ranging in size from two to 55 foot and hyper-realistic miniature locations to convince and transport audiences on their very own visual space odyssey. Exceedingly influential, a designer who worked on 2001: A Space Odyssey would go on to be recruited by a certain George Lucas as he embarked on one of today’s biggest franchises: Star Wars.

Going against the grain of burgeoning sci-fi flicks at the time—typically filled with pristine stations and chromed-out spaceships—Lucas wanted the Star Wars world to look much more inhabited, settled and ultimately quite unclean. Texture played a huge role in evoking this sense of wear-and-tear; many miniatures were hand-painted in such a way that their texture surface was scuffed, rough and aged. To design the interior set of the Millennium Falcon, for example, scrap pieces of jet engines were broken down and reassembled to mirror the look and feel of a well-used submarine, and similarly reflect Han Solo’s roguish and well-worn character.

Making the switch to CG

As technology advanced, so too did the use of miniatures. One notable example is the ‘Pseudopod’ water tendril in James Cameron’s The Abyss, and T-1000 in Terminator II—both models were brought to life via compositing tricks and reflective chrome shaders in a marriage of physical models and early CG.

But living, breathing entirely CG creatures first appeared in 1993’s Jurassic Park, in which designers had to digitally paint the dinosaurs to make them sell on screen. As the first physically textured CGI, it was a breathtaking reveal, realized by Lucasfilm’s ILM division who provided the cutting-edge CGI. Physical and visual effects blended perfectly to bring Jurassic Park’s prehistoric inhabitants to life; CGI, animatronics and stop-motioned miniatures were all used in the 14 minutes of dinosaur footage, only four of which were entirely computer generated. 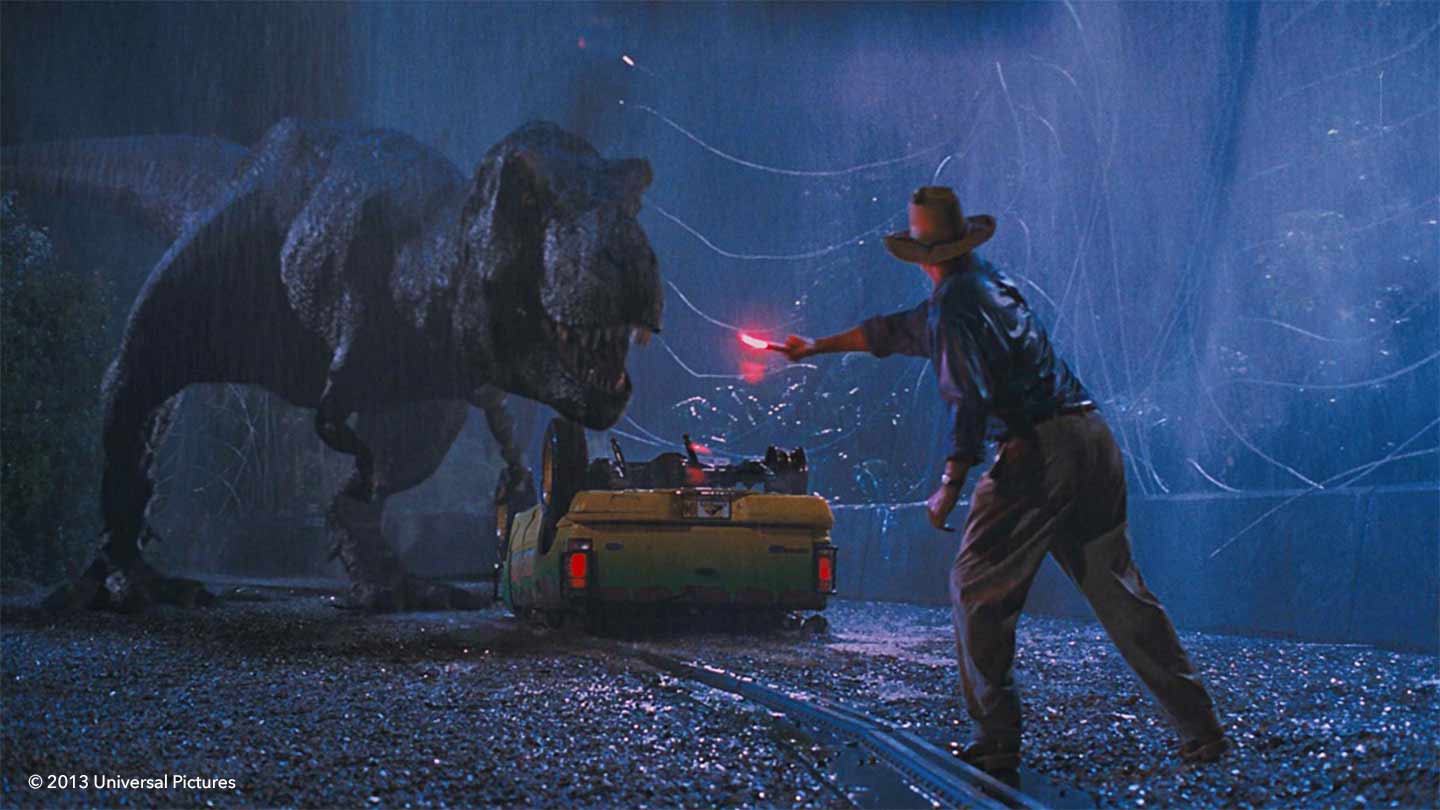 General sentiment is that the effects in Jurassic Park still hold up to this day, despite being  28 years old. Whatever your view, there’s one thing that can’t be argued: Jurassic Park set a new stage for the advent of full CG models and digital texturing.

Today, such digital texturing is typically done in digital content creators (DCCs) and 3D painting software like Foundry’s Mari as part of the look development stage of production. From hero to high-volume assets, creatures, characters, backgrounds and beyond are digitally textured to evoke their history and story—across VFX, video games and animation.

Many of the painting techniques that were commonly used on miniatures pre-CG still apply across digital texturing via specific tools and features. For example, Ambient Occlusion in 3D reflects the technique whereby mini painters use washes to get into the recesses of a physical model, thus creating the impression of light and shadow. Meanwhile, texture artists who previously used masking techniques on miniatures with tape will find familiarity in Mari’s powerful masking and projection tools.

Mari also includes a sponge brush to mimic the physical technique of using a sponge and paint to create dirt textures on a model.

All of the above comprises a typically time-consuming process that requires meticulous attention to detail. Happily, Mari’s Material System enables artists to make quick work of high-volume and hero assets by rapidly blocking out their look using material presets. That means Mari is now the painting software that supports the full range artists workflow demands, both procedural and handcrafted.

Production-proven, Mari was used on 2009’s ground-breaking Avatar, whose textures had to look flawless to hold up to 3D viewing from audiences—one of the first of its kind to venture into the third dimension. 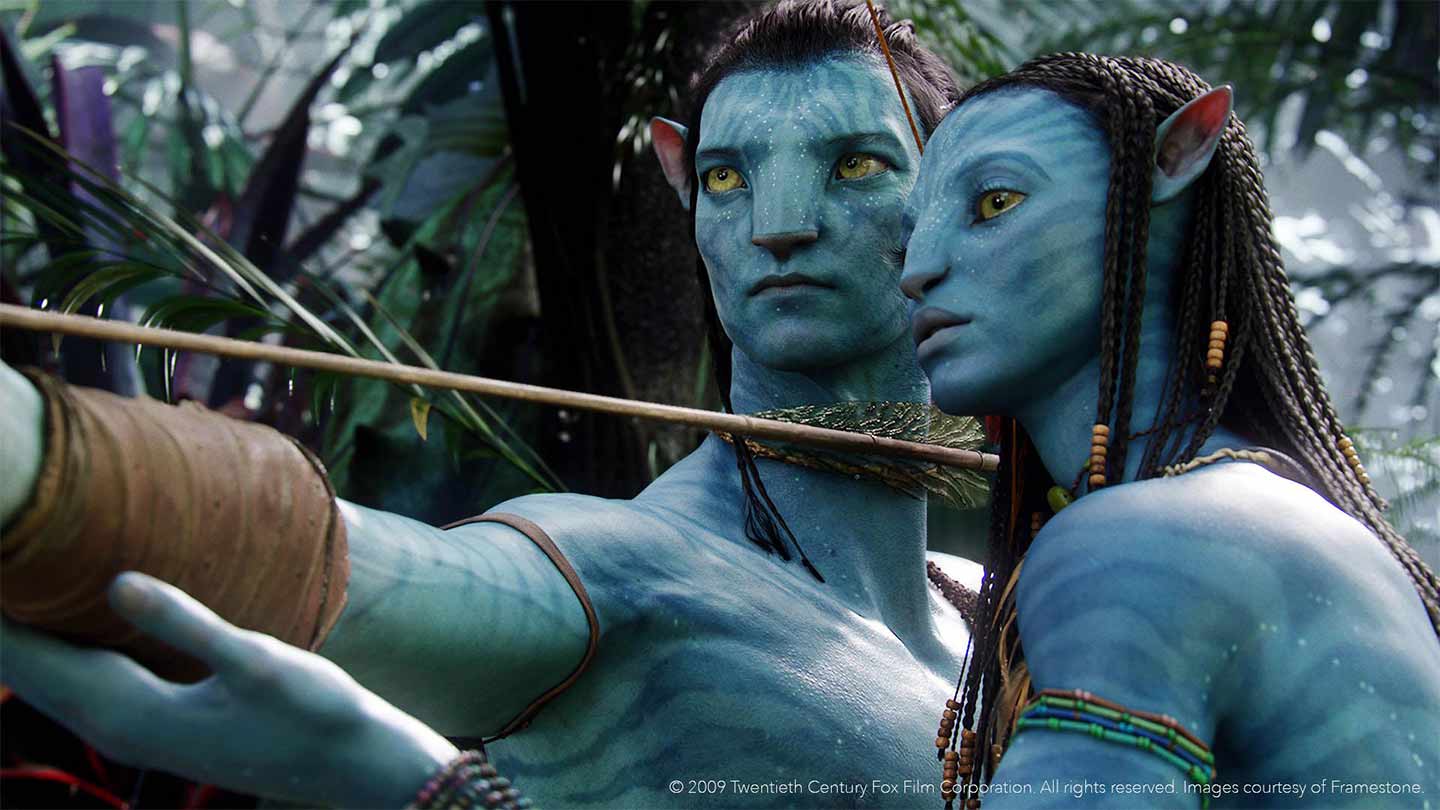 Containing such a rich and varied set of assets meant that texture played a critical part in the film. 68 unique creatures were created using texture variations from 23 hero models. 483 hero plant assets were also created to bring the world’s rich flora and foliage to life. Coupled with geometry modifications and different textures, all-in-all the team ended up with 3,000 possible variations to use.

Texturing done in 3D digital art software like Mari has become commonplace in modern cinema, and has produced some truly breathtaking digital sets. Yet that doesn’t mean that miniatures have become extinct; many filmmakers prefer the hand-crafted look and feel of physical effects. Peter Jackson and his work on The Lord of the Rings film franchise is a perfect example; Minas Tirith, Rivendell and Barad-dur were all well-crafted and high-quality miniature sets, along with Hogwarts in Harry Potter and Gotham City in Batman.

The 20th Century miniature technique has endured to this day—and there’s little wonder why. As physical objects, a lot of the believability behind miniatures comes from the fact that you can pick them up, touch them and experience them as existing within the space. 3D texturing often tries to emulate this but can be used to emphasise and enable the miniature. If a camera pans through the miniature of Hogwarts, for example, at a certain point those hand painted real life details won't be high enough quality to remain believably a real stone castle. At this point, Mari or another texturing DCC is going to take over and start doing the heavy lifting for you, to make sure that your close ups look and feel as balanced as the establishing shots.

As such, often there is a perfect marriage between practical effects and digital effects supported by texturing in DCCs which produce the perfect end result, taking textures to a new level of realism and convincing audiences that what they’re seeing is real.

Stay tuned for the next article in our Art of Texturing series, which explores the use of 3D texturing and painting across animation.

In the meantime, explore Mari for 3D painting and texturing without limits 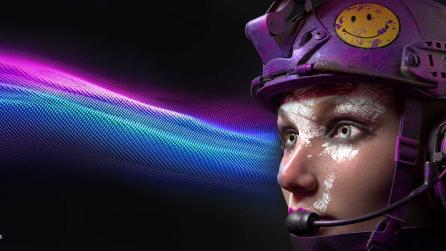 Stand out as a Texture Artist 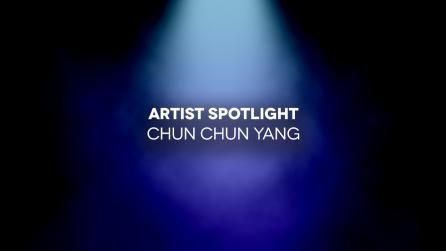 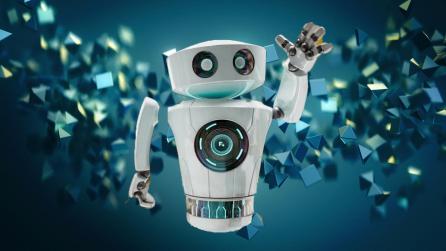 Things I wish I knew about Katana: core concepts