The Art of Lighting: A history through time

We are governed by lighting—it acts as the backbone of every film, TV series, photograph and theatre production ever created, and plays an even more important role in our everyday lives. Light is the fundamental driver of human vision and how we experience the world. And even before electricity sparked a revolution and brought light to modern society, it proved pivotal across all forms of entertainment.

This is the first in a five-part article series, where we explore the history of lighting and how it’s transformed into the storytelling technique we know today.

A jump through time

In Ancient Greece, theatres were built in open-air spaces and placed accordingly, so the sun would come from behind the audience and fill the performance area with light.

Fast forward a few thousand years to 16th Century Italy, where Sebastiano Serlio, an Italian architect with a passion for theatre design, suggested using candles as a source of illumination. The method quickly spread across the globe, eventually evolving into chandeliers filled with candles to light the theatre stage.

It wasn’t until almost 200 years later that greater illumination was achieved. After the creation of the modern oil lamp in the 1700s, lighting technology began developing at a rapid pace with the invention of gas lamps happening forty years later. Shortly after, these were usurped by Thomas Edison and the invention of the electric light bulb.

It was this that truly marked the beginning of modern stage lighting.

Since then, the principles of lighting design have been expressed in a myriad of ways through media and entertainment, driving the development of tools that facilitate this, such as Foundry's own Katana. It’s no surprise then, that these early-formed techniques are still used in modern filmmaking today. 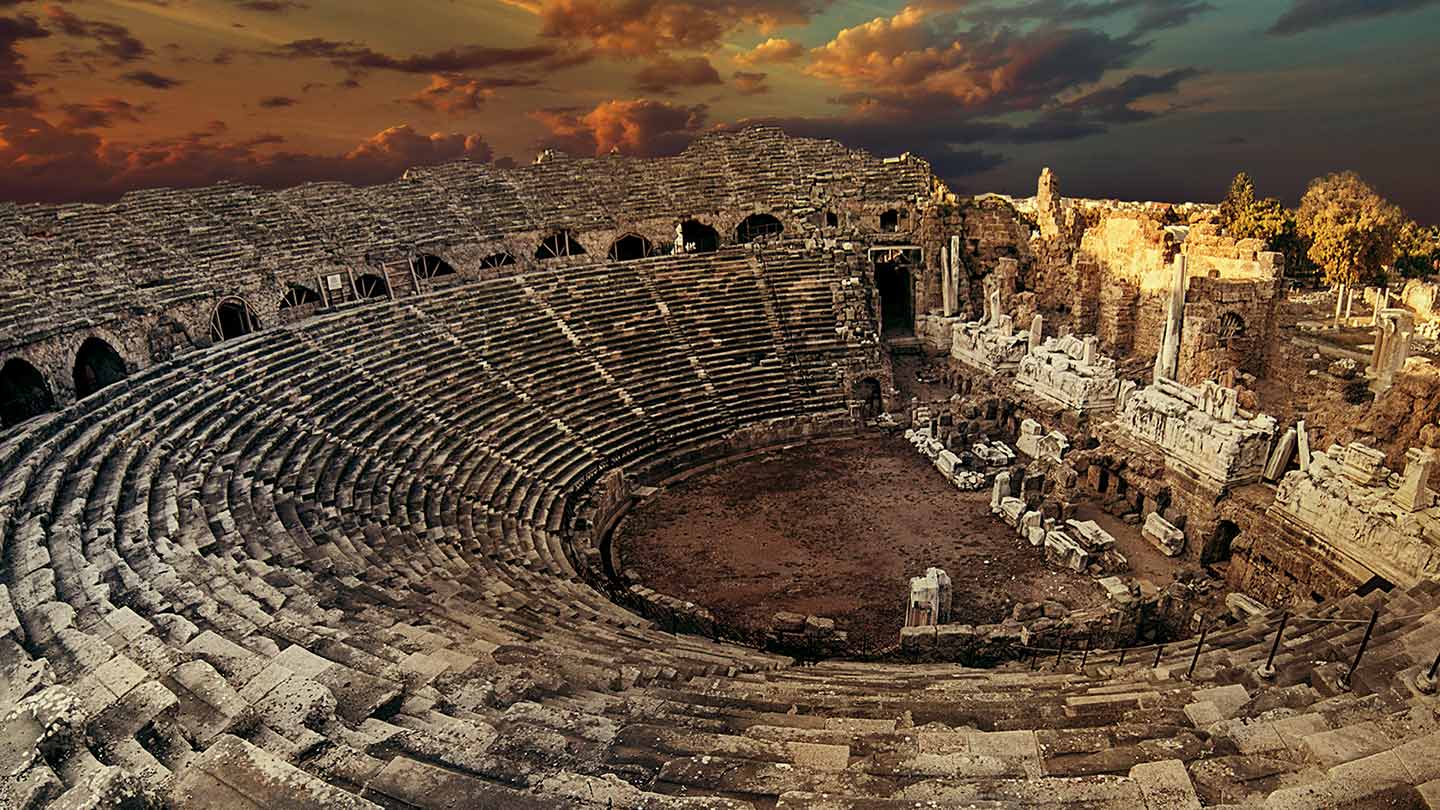 Let there be light

Our understanding of lighting in photography, film, and later, VFX and animation, has become increasingly advanced over time. In recent years, technology pursuits have developed quickly to meet the needs and demands of the film and TV production industry. However, this wasn’t always the case. 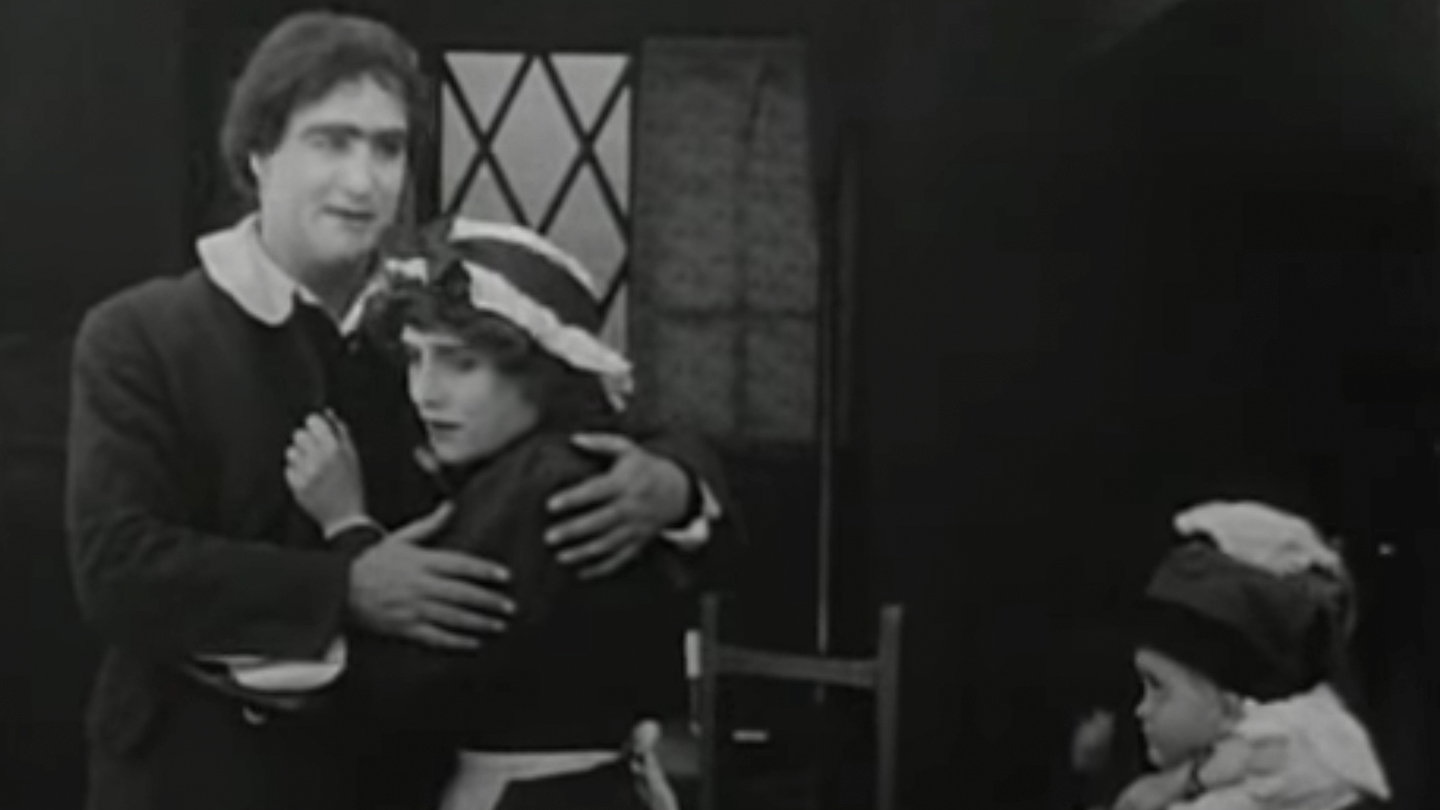 Director D. W. Griffith (1875-1948) was one of the first to explore the use of cameras and lighting to help heighten the mood of a film—it often being cited that Enoch Arden, released in 1911, introduced soft lighting on faces as a technique. This is usually created by bouncing or diffusing the light source of a shot, ensuring there are no harsh shadows on the person or object being lit. Soft lighting makes a shot more appealing to a viewer and tends to be used for happier and upbeat scenes.

From this point onwards, lighting, as we know it in cinema, became heavily stylized and rarely reflected the true reality of a situation. Instead, lighting acts as a visual representation of what we think certain emotions or scenarios would look like.

It’s around this time that Rembrandt light was slowly being adopted into American cinema, the technique already being heavily used in Danish and German cinema. It’s aptly named after the famed Dutch painter, whose experimentation with light in his art was revolutionary in the 1600s. It sees the use of shadows to add drama and definition to a person’s face, the reflections creating an inverted triangle underneath the eye. 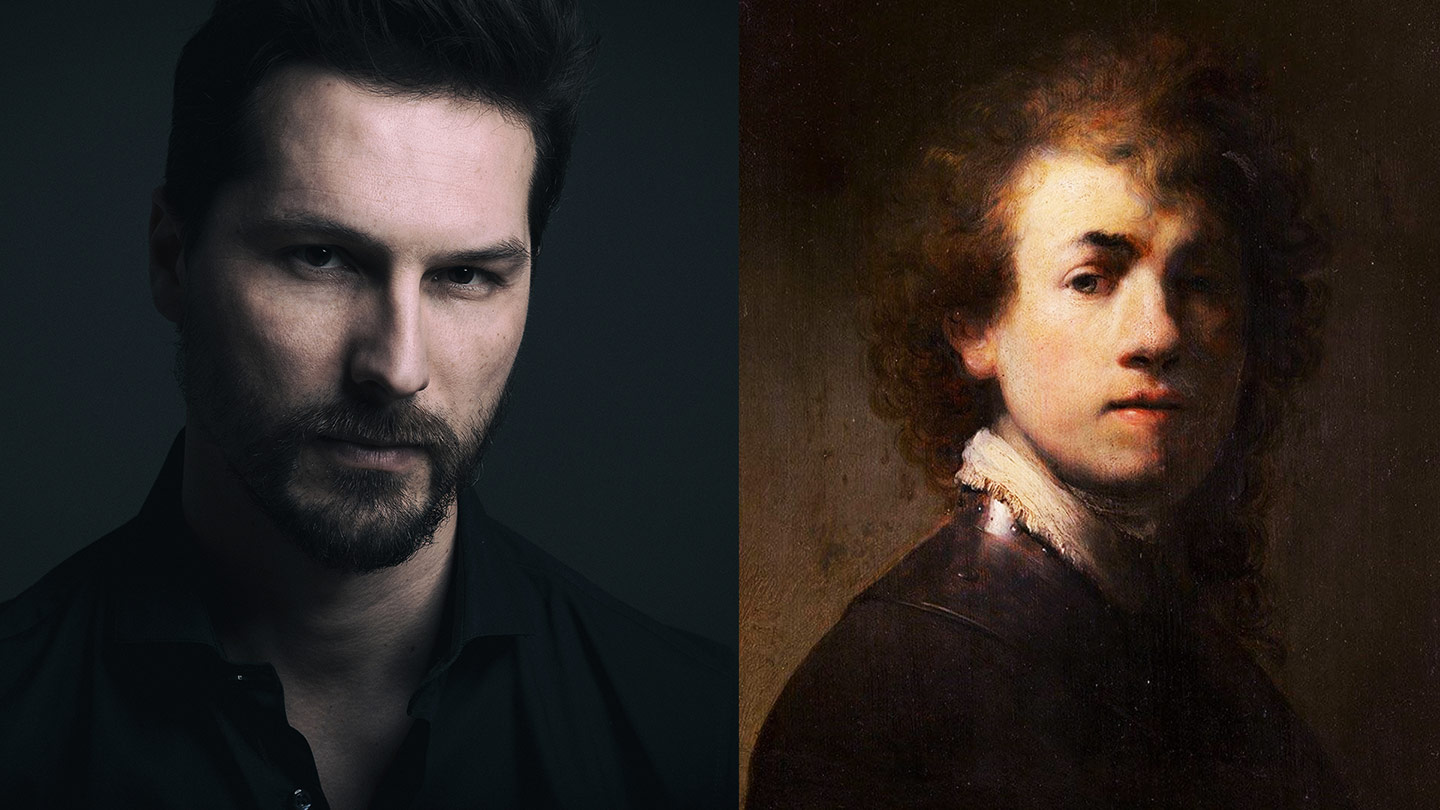 It was also becoming increasingly common to use different combinations of lights to further heighten the narrative of a film. Such approaches included three-point lighting, a technique which is still heavily relied upon today and uses three lights to create the base illumination of a shot. A lot of these techniques created in the early 1900s still make up the backbone of lighting today, whether it be in film, TV, animation or VFX. These techniques have evolved with the times and have given modern-day creators even more opportunity to experiment with light.

An early example of this is Film Noir. Its unique use of light and shadow managed to maintain a suspenseful atmosphere, whilst pertaining to the gritty realism and crime that littered the plots.

The genre relied on low-key lighting, creating hard shadows and stark contrasts between black and white—something influenced by German Expressionist cinema in the 1920s. This was further emphasized through the use of silhouetted figures who would emerge from darkness or fog, much like a horror film. Perhaps the genre’s most iconic use of lights was the shadows of Venetian blinds, created by adding Gobos, a template which is connected to a light source and projects a certain image.

All this together attributed to the mood of the films, emphasizing the dark undertones and colorless nature. Even today, with Neo-Noir which sees a modern take on the classic genre, the same lighting techniques are used to convey the gritty realism of this dark crime genre, despite them being in color.

More often than not, lighting and its effects on our emotions goes widely unnoticed. It’s only if it goes wrong that we pay the lighting any attention, all the while it subliminally tells us how to feel about the action unfolding on our screens.

While these techniques can be executed in simple ways, they are key to heightening the mindset of a character. The position of a light within a shot is fundamental to achieving this. If a light is moved to one side of a person’s face, it immediately surrounds the person in mystery and intrigue, further adding drama to the shot. But, if the light is then moved below the face, it creates distorting shadows, changing the way the face looks and making the person appear evil. This is most commonly used in horror films, or when telling ghost stories—we’ve all been there.

These techniques are based on the human psychological response to light. We’ve learnt to recognize these and know how we should feel when they’re used. They work as the foundation of the history of film cinematography as a language. But, of course, these techniques don’t always have to be taken as gospel. In fact, many cinematographers and creators play with the way the lighting looks and uses it in contradictory ways to further enhance their story.

Take The Dark Knight as an example. Batman is the hero of the film, but he lives in the darkness. Audiences associate him with the color black and anytime he saves Gotham, it’s usually at night or under the cloak of darkness. However, any time the Joker appears in the film, it’s in the daylight. Where normally this would be the other way around, Christopher Nolan plays with the idea of chaos during the day, which consequently makes the audience feel on edge during the lighter shots of the film. 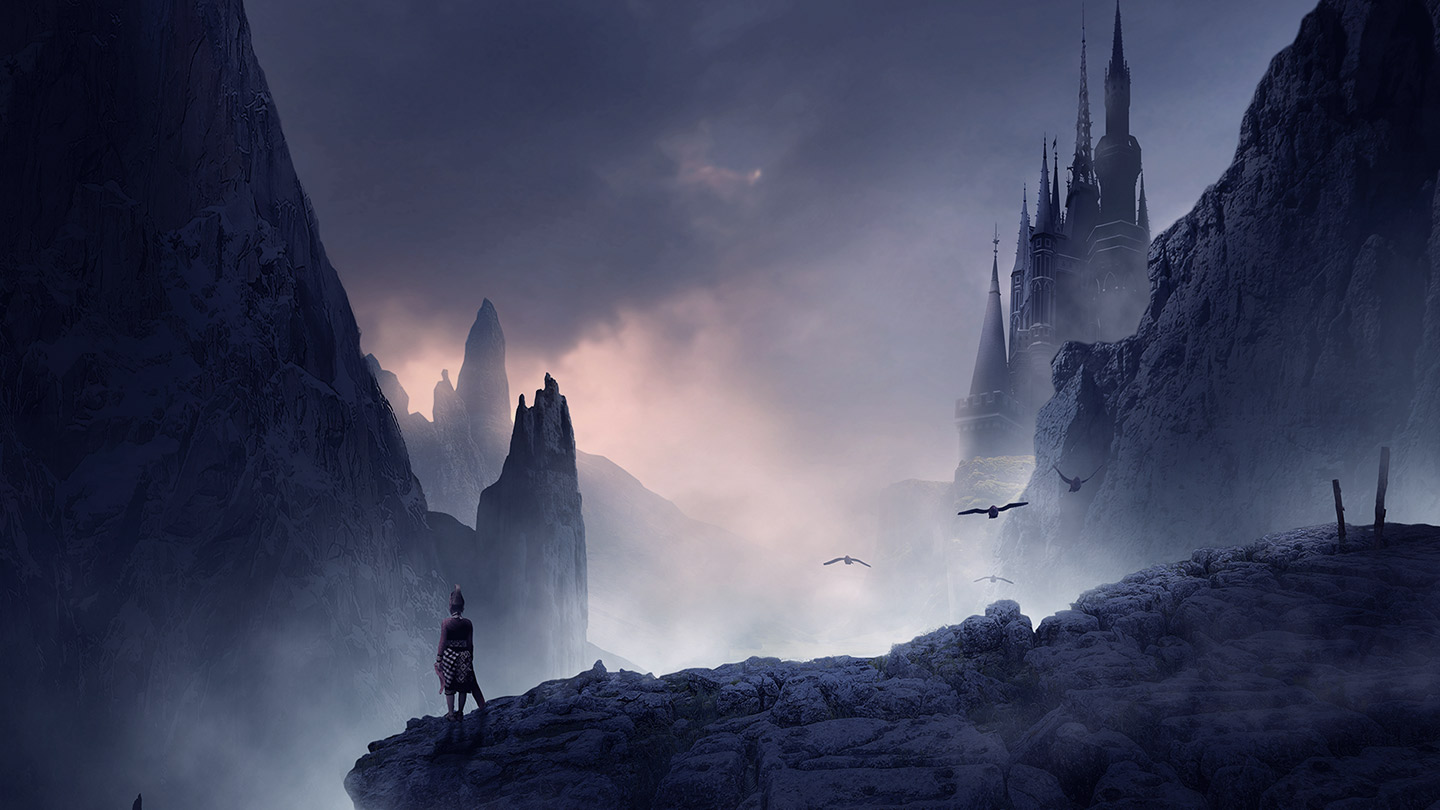 This also brings into the play the use of color, which further heightens the mood of a shot. Color usually influences a person on a more psychological level, and how they react to certain colors emotionally. This, in turn, can be used to manipulate how a viewer feels when they see a certain character or shot associated with a specific color.

This doesn’t just occur in films either, but in broader aspects of life, like the calming hues of a hospital or the bold colors of a hazard sign. We have a deep set of human psychological responses that react to color, something that cinematography manipulates.

In modern filmmaking, the freedom and experimentation of color and lighting within film allows for greater artistic expression and continually expands the ways stories are told visually. The color of a shot is often enhanced through the use of color grading powered by standards such as ACES, to ensure the quality and range of colors used. It was in the early 2000s with films such as O Brother, Where Art Thou? that highly specific digital color grading started to be used to stylize the color of the film. But, this didn’t diminish the use of colored gels or LEDs on-set, which are still used to enhance particular colors of a shot.

The importance of lighting

It’s no dark-kept secret: lighting is fundamental to every scene, shot, photograph and theatre, playing a vital part in the nuances of storytelling. Although it often goes unnoticed, acting as a silent hero, it affects everything from how the audience feels to the overall aesthetic and tone of a shot. In the upcoming months, we’ll be taking a deeper look into lighting as a whole and uncovering the important role it plays across multiple industries, from VFX and animation to video games. Stay tuned.

Discover the lighting tool of choice 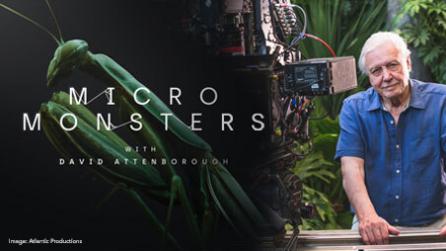 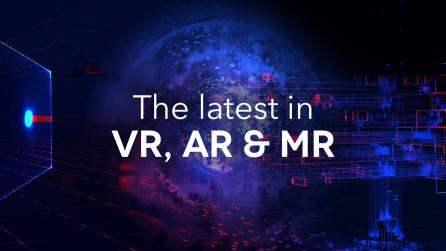 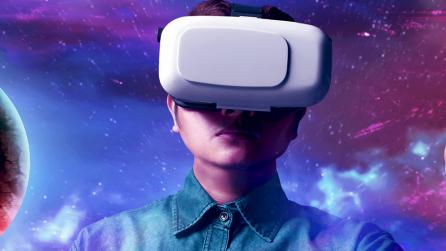