When it comes to making a virtual turkey, it’s important to have all the right elements

Luckily, when CHANTIX approached The Mill for their commercial they knew exactly what they needed. Arming themselves with Mari, Nuke and a very large amount of virtual feathers, the team were set for the task at hand.

Of course, we’re not talking about any ordinary turkey.

No, this virtual bird needed to embody the idea of quitting smoking—‘slow turkey’ flipping the traditional ‘cold turkey’ on its head. Starting from the ground up, the team began piecing the turkey together feather-by-feather, ensuring it was not only believable, but a likable character too.

To do this Jeffrey Dates, Creative Director, armed himself with several character designs and personalities. Some of whom were based on well-loved, comedic actors: “I think Bill Murray was a big influence in the early stages,” Jeffrey tells us: “How would Bill Murray water the grass? How would he mow his lawn?”

Using this as inspiration, the team managed to lock down a personality fit for their character. It was then onto their next hurdle: creating the right turkey for the job. 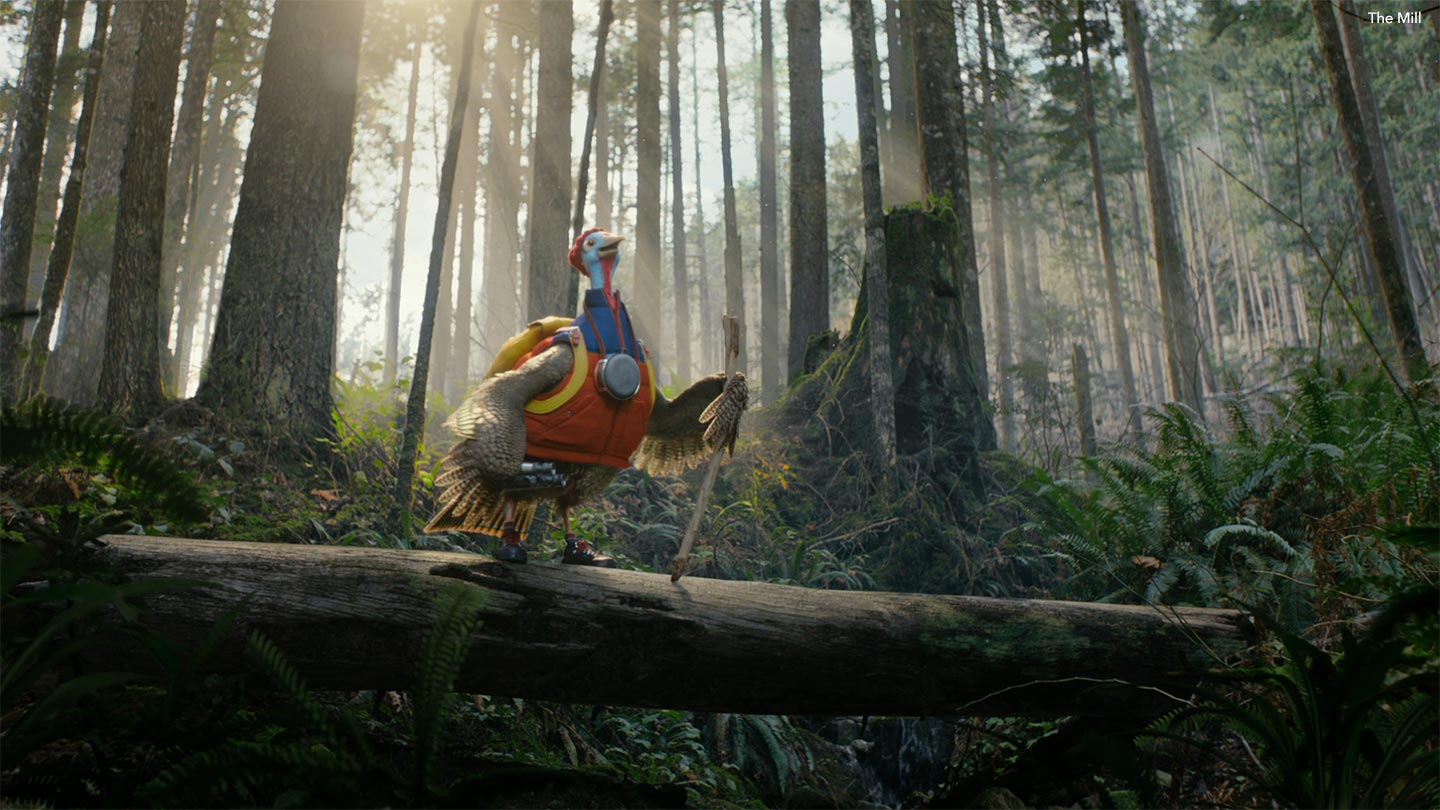 Achieving the right look and feel to the turkey was vital. The team had to not only to ensure that it would move just like a real turkey, but also that they created a character that would resonate with viewers.

“The biggest challenge was finding the fine line between realistic and cartoon,” Kevin Ives, VFX Supervisor and 3D Lead Artist, tells us.

Thankfully, Mari was on hand to help.

“Every aspect of the turkey used hand-painted textures out of Mari,” Kevin continues, enabling the team to perfect the subtleties that made the bird lifelike. “We painted maps for everything from albedo to SSS depth to feather stripes [...] It took a lot of fine-tuning, but Mari made the iterations simple.” 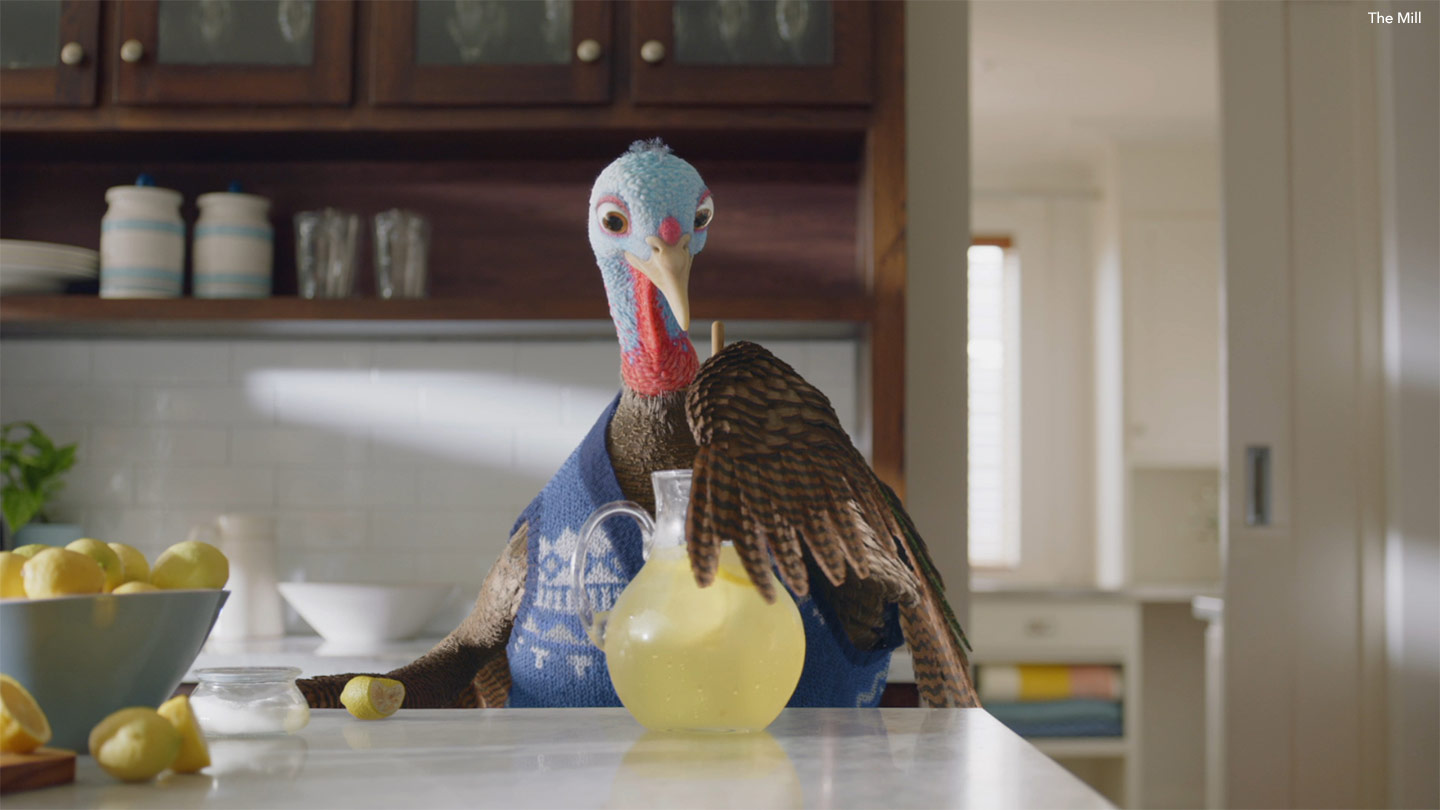 Plus, Mari allowed for a straight-forward way to paint texture on geometry, regardless of the UV nodes. This, alongside the default brushes with their easy customization, and the symmetry painting feature, enabled the team to work quickly and efficiently. And all without sacrificing their artistic creativity and focus.

In light of this, it is easy to see why Mari is Kevin’s go-to toolset when working on a project:

“My texturing workflow has involved Mari for at least a decade so it is hard to imagine not having it as a tool. It is the bedrock of all my character look development.”

After thousands of feathers, numerous iterations and copious amounts of coffee later, the model was complete. Now, the team had to make sure that they maintained a consistent look of the turkey between multiple ads. 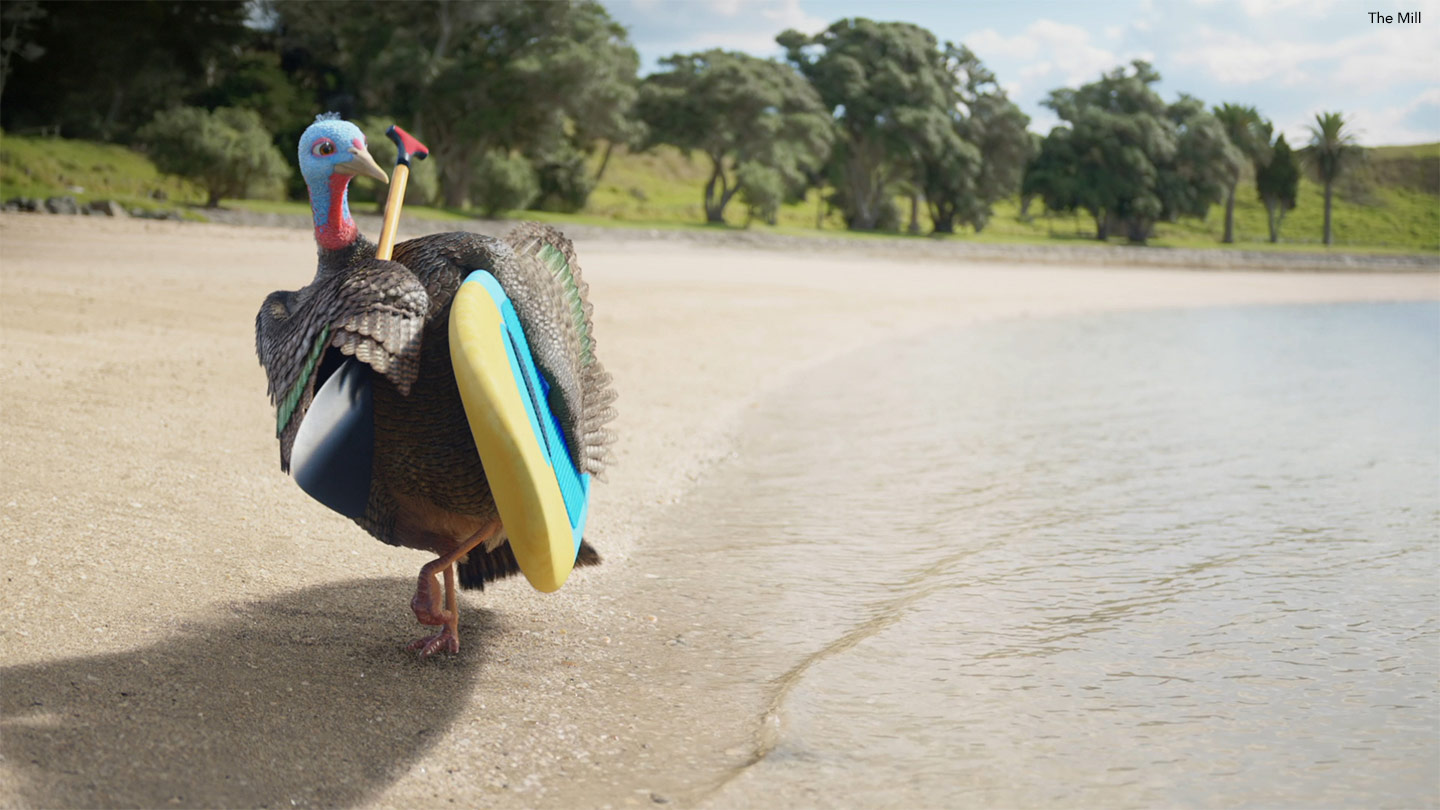 A turkey at the beach

For 2D Lead Artist, Marco Baratto, Nuke answered this challenge: “I found sharing toolsets and standardizing adjustments to the CG across the team, and between spots, much easier when using Nuke.”

And with each new spot, came a new environment—the turkey venturing out of his garden to go camping, swimming and even enjoying a day out at the beach. It was key that the environments were light-hearted and interesting to the viewers, but without causing detriment to the turkey character.

“The slow-moving cameras, which are present in most spots, made it very easy for us to generate accurate geometry and point cloud of sets in Nuke’s 3D environment. This allowed us to alter environments easily and precisely through projection, like when relighting a scene,” Marco continues.

“In some instances, we resorted to Deep [compositing] to generate holdout mattes and integrate our turkey with FX passes accurately.” 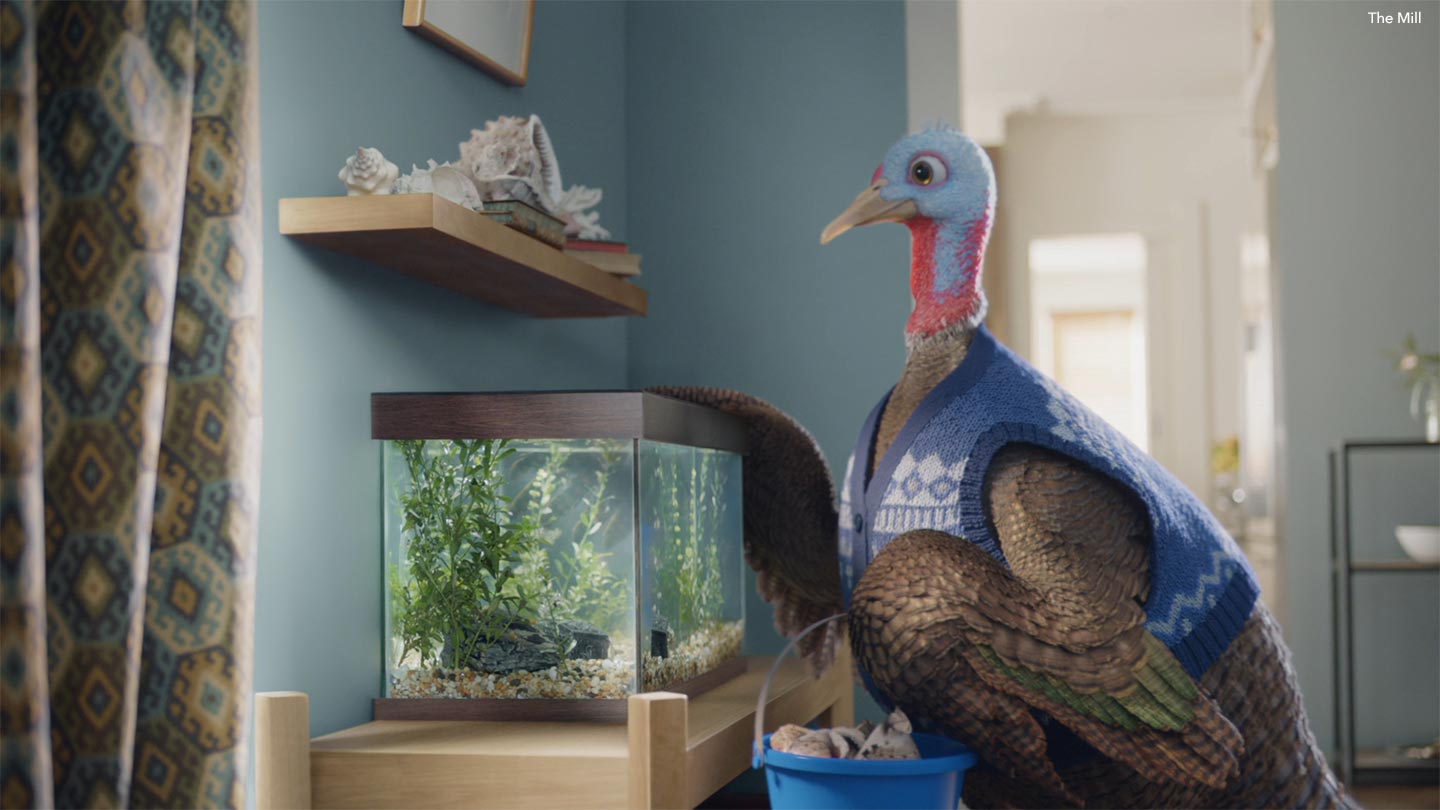 The turkey character is a fine mix of artistry and personality, and judging by the positive response to the campaign, it’s clear the team’s hard work paid off.

“It’s unique because it’s an ongoing character campaign,” Jeffrey tells us. “To be fortunate enough to partner on an ongoing campaign with a now recognizable branded character is definitely a rare treasure in our industry.”

Having directed seven CHANTIX spots, and with two more in the works, it’s clear that there isn’t an end in sight for this slow turkey. Check out the commercials here.

Want to try Mari for yourself?

Get a free trial

Or try your hand at Nuke with a 30-day trial

Get a free trial 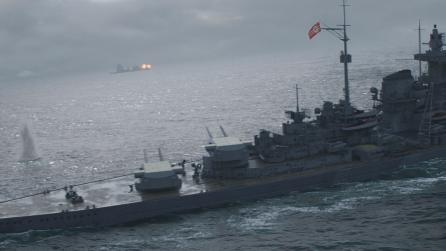