Powering up Jumanji: The Next Level with Nuke and Katana

Jumanji: The Next Level is an apt title for a second instalment that takes its CGI efforts to new heights. Jason Greenblum, VFX Supervisor at Sony Pictures Imageworks (SPI), comments: “Like most sequels, the expectations are higher as the desire to improve upon everything is ever present.”

One particular instance stands out for Jason: “[SPI] were responsible for delivering a dynamic sequence of shots involving a herd of menacing ostriches chasing the heroes through the desert.

The ostrich chase has been compared to the rhino chase in the previous film but we needed to make it bigger and more exciting.”

This same sentiment—bigger, better, and faster—extends to a vast array of scenes that SPI worked on for Jumanji: The Next Level, including environmental marvels like huge deserts and gaping chasms. Jason comments: “We ended up dealing with three unique setups: desert environment clean-up on plates, full CG desert environment in the dunes, and then the gorge (or chasm) environment which was a full CG environment.”

To produce these scenes of appropriately epic proportions required of a sequel, SPI powered up their post production efforts with Foundry tools Nuke and Katana.

A match made in heaven

Happily, the two work in tandem perfectly for SPI, so work on the project could begin at pace with no technical barriers to production.

Jason comments: “Both Nuke and Katana are completely ‘plugged-in’ to our pipeline.  Over the years we have built our entire back-end pipeline around these tools.  We have tools that allow lighters to render out something with AOVs and load it into Nuke, and then automatically build an interface that takes all the lights and splits them out and allows you to dial the intensities and colors and then quickly pass those values right back to the Gaffer in Katana for full rendering.”

And when it comes to the benefits that this pairing brings to production, the results are tangible for SPI. “[...] we can be extremely efficient.  We can have a lighter render out a sequence of shots overnight or the weekend, then follow that with a comp template built in Nuke, and then it will automatically submit those comps to our review system.  It’s all completely connected.”

The efficiency gains from using Nuke and Katana inter-connectedly certainly paid off when SPI started work on Jumanji: The Next Level , since time was of the essence throughout the project.

Jason tells us: “This was a relatively quick turnaround for us.  We ended up delivering this show in approximately five and a half months from initial build of assets to delivery of final composites. I would say this is becoming the norm for VFX film schedules when you are doing between the 150-300 shot range on a large VFX film.”

When it came to delivering this project on time and to the quality needed, Nuke proved a no-brainer for SPI thanks to its global reach and impact in fueling talent.

“Since Nuke has become the industry standard, we were able to pull together a team of experienced compositors who all brought their unique experience to the show,” Jason comments.

“We used the full bag of tricks to get this one done, from particles to deep compositing and 3D projections.  Since Nuke is used by so many facilities and it is so intuitive, there’s very little ramp up time and compers can come in and hit the ground running.”

But it wasn’t all smooth-sailing, as the compositing team came to realise when faced with digitally recreating Earth’s biggest flightless bird—the ostrich. For this, the team needed to ruffle some feathers in their traditional Nuke set-up and try something new.

“We did use ‘true’ deep compositing for the first time, on this show,” Jason tells us. “We normally work with a modified deep approach using deep opacity and deep ids. But because we were dealing with incredibly heavy renders with the feathers on the birds and the fact that we had so many in any given shot, we needed to render everything separately.

Nuke’s ability to handle deep compositing and manage memory usage without having to write any special code, made a huge difference in our ability to get over that hurdle quickly. “

So—ostriches brought with them uncharted territory for SPI. Happily, when they needed to be mobilized as part of the ostrich chase, the team turned to one of their favourite Nuke features—and one of its most fundamental—to offset any unfamiliarity.

“We took advantage of Nuke’s built-in particle systems to add in some extra ‘wispy’ dust elements blowing through the frame to help enhance the sense of speed and peril.  We also used Nuke’s 3D system for reprojections to help blend cg elements with the practical elements.

The particle system in Nuke was very useful as it allowed compers to add an extra layer of ‘energy’ to the shots without having to rely on another department for elements.”

It’s this usefulness that makes Nuke the go-to tool of choice for SPI when working on projects of all sizes, but especially those of a similar scope and scale as Jumanji: The Next Level.

“[We] selected Nuke as our default compositing tool because of its flexibility, customizability, toolsets, long list of plug-ins and great customer support,” Jason explains.

“Nuke’s customizability allows us to plug it into our pipeline seamlessly as well as build all kinds of efficiencies into the workflow. We have templates and gizmos built that we share or auto-populate into shots that allow compers to get a shot up and running instantly instead of having to build comps from scratch.

I would say that if we were using some other piece of software for compositing that was not an industry standard, like Nuke, we would probably see an efficiency hit of at least 40%.”

Before the benefits of Nuke could be felt wholesale in post, however, Foundry’s look development and lighting tool Katana had its part to play on Jumanji: The Next Level.

Time was of the essence again during this stage, as Jason explains: “We really tried to come at this show from an efficiency angle.  With our relatively short schedule and the fact that we really were focused on one major sequence, we kept our lighting crew small and leveraged ShotButler, which is a proprietary tool we built for Katana that allows lighters to manage multiple shots at once.

Lighters at [SPI] are responsible for rendering all aspects of their shots; environments, characters, feathers/hair, and FX elements.  Katana is an amazing tool for being able to manage huge amounts of data.  We had upwards of 60 hero birds in some shots.  Each one of those birds had millions of hairs associated with them.  We also carried huge volume caches for the dust and sand, as well as complex geo for the CG chasm.  We leveraged instancing for the more complex environments and Katana was able to handle anything we threw at it.”

And Jason’s favourite feature? “I really like how Katana manages standards and keeps things as “dynamic” as you want them to be.  By using “LookFiles” and “LiveGroups”, we are able to quickly and efficiently update large numbers of shots and assets with ease.”

Want to find out your favourite Katana and Nuke features? Trial our featured products below for free. 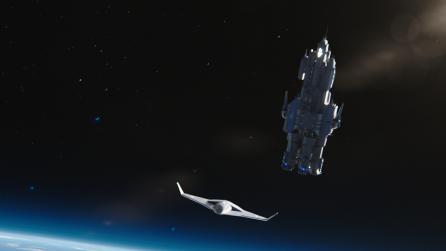 How Foundry partnered with Intel to increase Katana 3.5’s performance in a flash 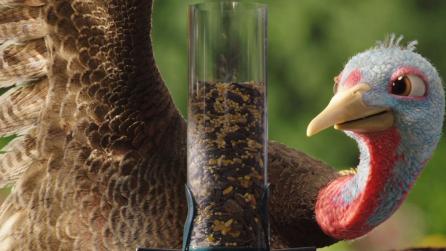